Thanksgiving from the Archives: Beinecke Library 2021 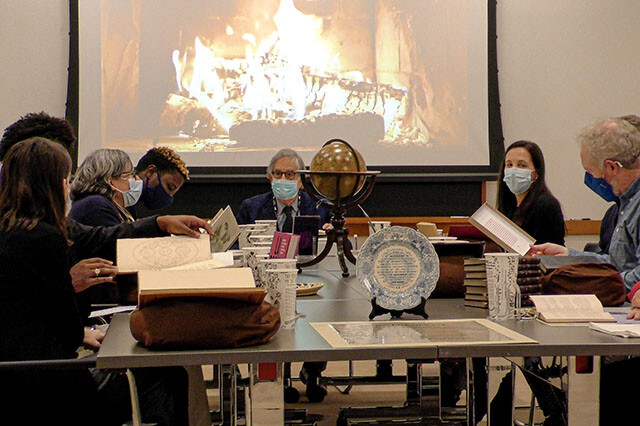 Beinecke Library staff and friends renewed the tradition of a “feast” featuring items from the collections this year, gathering in a classroom on November 19, 2021, after a pause in 2020 due to the pandemic. Watch some of this year’s version of the annual tradition here:

This 2021 Thanksgiving buffet of books and other materials featured cookbooks, book plates, plates, placemats, cups, and napkins. Some highlights included:

The world was at the table, in the form of Newton’s New Terrestrial Globe, 1818, from the library of Stephen F. Gates. The display also included the Thanksgiving Proclamation by President George Washington from 1789, the first national celebration of the holiday.

You can watch the 2017, 2018, and 2019 archives Thanksgiving (or Thingsgiving) – celebrations on the library’s YouTube channel: