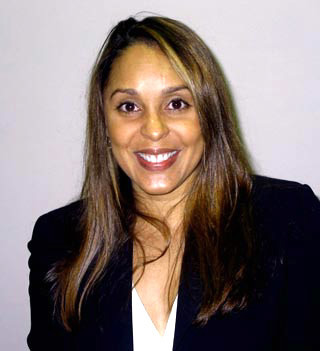 The Beinecke Library is pleased to welcome 2009 James Weldon Johnson Fellow in African American Studies Natasha Trethewey. Poet Natasha Trethewey is the author of Domestic Work (selected by Rita Dove as the winner of the inaugural Cave Canem Poetry Prize for the best first book by an African American poet), Bellocq’s Ophelia, and Native Guard, which was awarded the Pulitzer Prize for Poetry. Trethewey has received awards and fellowships from the Radcliffe Institute at Harvard, the National Endowment for the Arts, the Guggenheim Foundation, and the Rockefeller Foundation. She is Professor of English at Emory University where she holds the Phillis Wheatley Distinguished Chair in Poetry.

Trethewey will read from her work in the Yale Collection of American Literature Reading Series on Wednesday, November 18 at 4:00 p.m. at the
Beinecke Library, 121 Wall Street.

Founded in 1941 by Carl Van Vechten, the James Weldon Johnson Memorial collection stands as a memorial to Dr. James Weldon Johnson and celebrates the accomplishments of African American writers and artists, beginning with those of the Harlem Renaissance. Grace Nail Johnson contributed her husband’s papers, leading the way for gifts of papers from Dr. W. E. B. DuBois, Walter White and Poppy Cannon White, Dorothy Peterson, Chester Himes, and Langston Hughes. The collection also contains the papers of Richard Wright and Jean Toomer, as well as smaller groups of manuscripts and correspondence of such writers as Arna Bontemps, Countee Cullen, Zora Neale Hurston, Claude McKay, and Wallace Thurman.