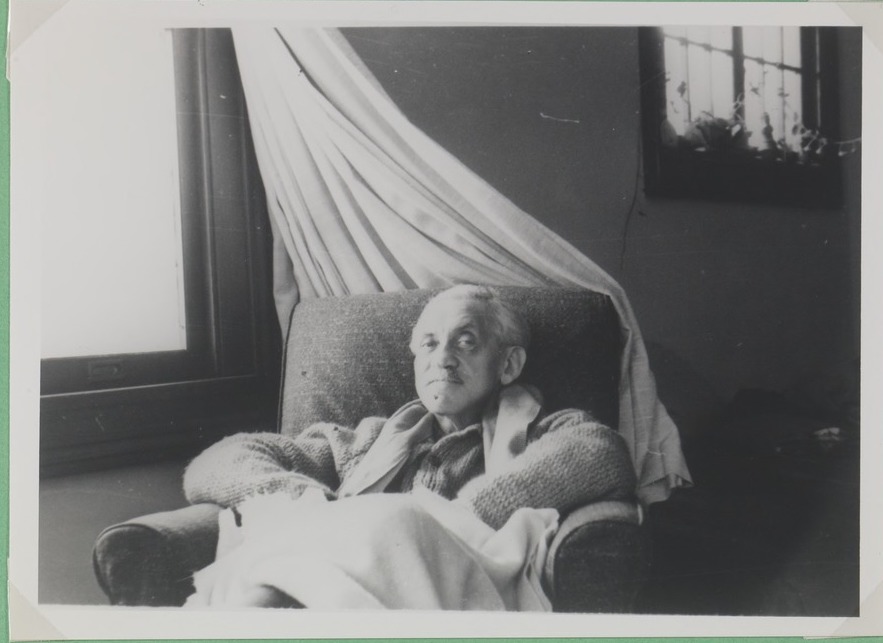 The papers document the life and writings of Aleksander Wat, from his early poetry in the 1910s to the posthumous publication of his work by his wife Paulina (Ola Watowa) and by Czesław Miłosz. Early material (prior to the end of the Second World War) is sparse and consists chiefly of correspondence, personal documents and photographs. Among the early material is documentation of the Wat family’s exile in Kazakhstan. Later material includes numerous notebooks that contain drafts of poetry and prose writings, and the audio recordings that formed the basis for Mój wiek. Two folders of lists and notes document the contents and organization of the material as it was received by the Beinecke Library are filed at the beginning of the collection.

The papers are of interest not only to researchers studying Wat’s creative process and the context of his life, but also twentieth-century Polish literature, the relationship of authors to Soviet society, and the postwar Eastern European émigré literary community in France. Wat’s repeated arrests and exile are documented in his notebooks, in personal papers, and in material related to his memoirs. His relationship to the émigré circle centered around the monthly Kultura in France is documented in correspondence with Jerzy Giedroyć, Gustaw Herling-Grudziński, Konstanty Jeleński, and Zygmunt Hertz. The posthumous success of his writings is documented in Paulina Wat’s Correspondence in Series I, and in posthumously-dated material in the Writings series, which chiefly relates to the editing, translating, and publishing work of Paulina Wat and Czesław Miłosz