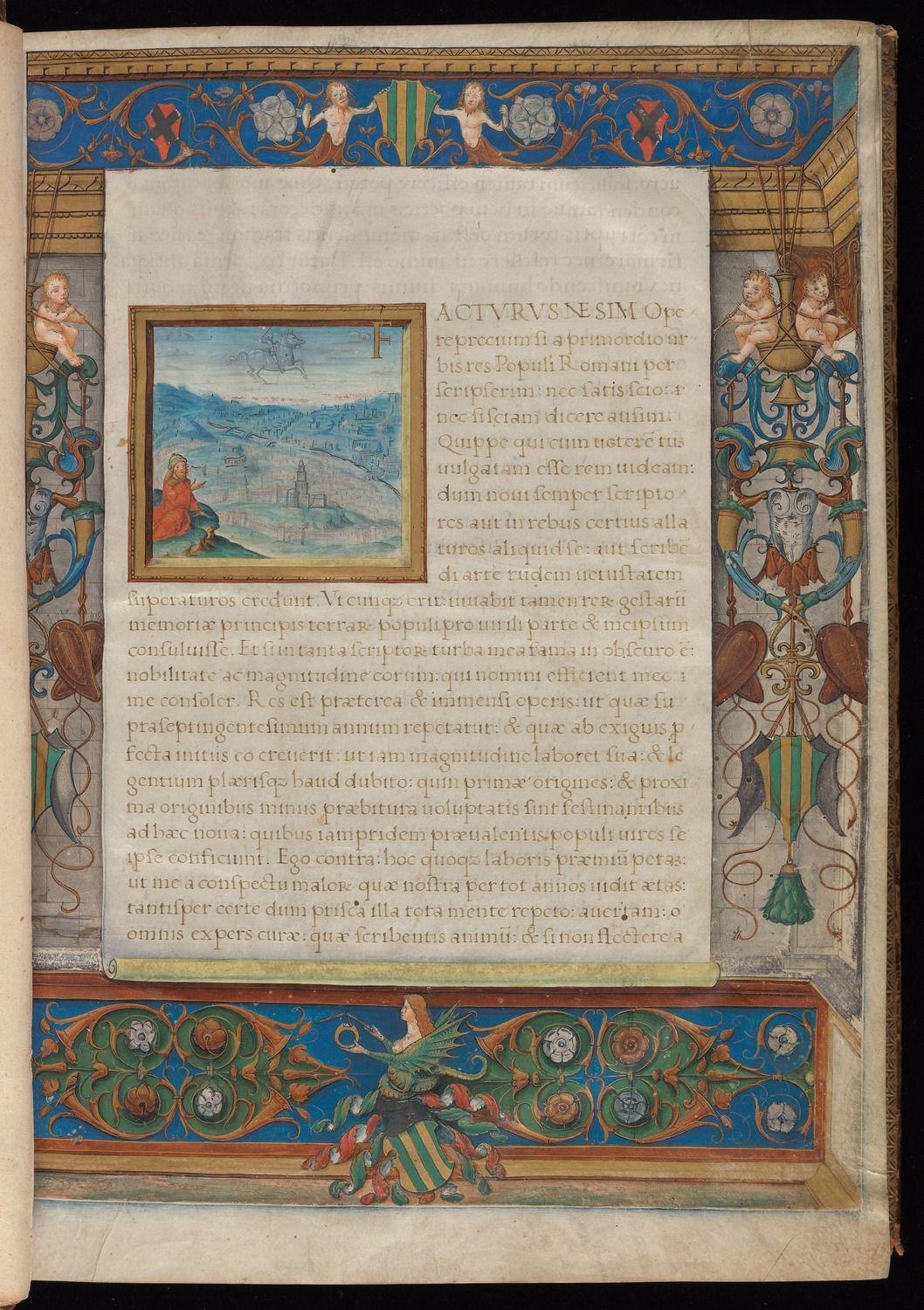 This magnificent page is perhaps the best example of an architectural border I’ve seen. The artist has moved the frame slightly off center in order to demonstrate the corner of the room.  It gives the page a distinctive feel and is likely the artist playing with the conventions of the opening page by literally representing what appears to be an actual room.

The large initial space does not in fact have a large initial, but a scene of the seven hills of Rome, with a small initial “F” in the upper right hand corner, the same corner that is shown in the border.  The space serves as a window from the room to the scene outside, with the author, Livy, gesturing to the city, whose foundation story he is about to recount.

This beautiful manuscript was made in Milan in the late fifteenth century.  It has the coat of arms of the Trivulzio family.  The script is a classic Humanist bookhand and the whole is designed to present the wealth and learning of the family that commissioned it. Both the scribe and the artist are well known from other works commissioned by Marshal Gian Giacomo Trivulzio (1436-1518).

This book was given to Yale University in 1894 by William Loring Andrews.