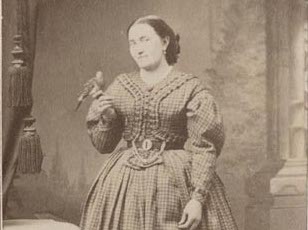 The carte-de-visite, usually an albumen paper photograph mounted on a heavy paper card measuring 2½ × 4 inches, flourished in popularity between 1860 and the 1880s.