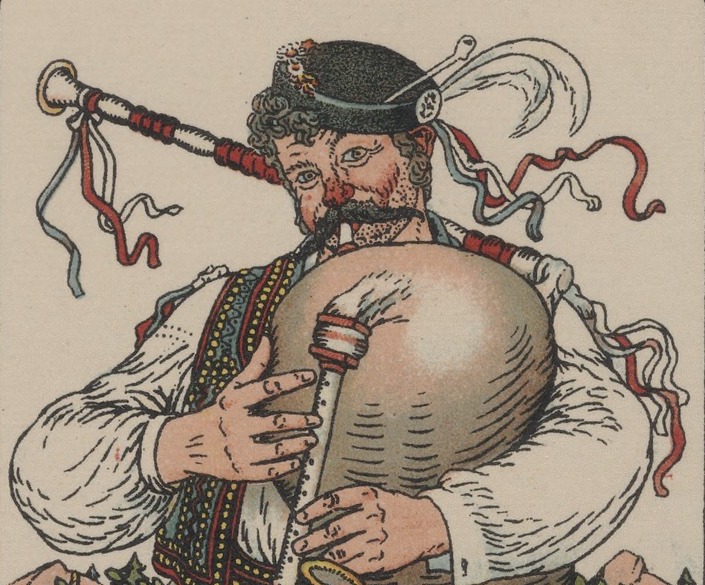 The playing cards, card sheets, wood blocks, metal plates, ephemera, and prints acquired by Melbert B. Cary, Jr., and bequeathed to the Yale University Library by his wife, Mary Flagler Cary, form one of the world’s distinguished collections of such materials. The purpose of this catalogue is to organize and describe the items and, in so doing, fashion a method of description applicable to any pack of playing cards. While the specialized vocabulary employed to serve this purpose is treated in the Elements of Description and in the Glossary, two components, Standard and Nonstandard, are particularly important to a discussion of Cary’s collecting activity and are briefly considered here. Standard playing cards are made for the use of card players in their customary games, for example, Bridge or Poker. The pictorial design of each variety of standard pack is familiar to the players; as any willful, major change in the design disturbs their concentration during play, standard types are manufactured on a continuing basis. In contrast, the designs of nonstandard packs show no continuity—every nonstandard pack represents an original pictorial conception. The history of standard cards is the story of gradual, evolutionary change in the pictorial imagery of playing cards, while the history of nonstandard cards is the record of individual, unrelated accomplishments in card design. Melbert Cary fully realized this distinction. The standard cards of Europe, with their relatives in the Western Hemisphere and in Asia, form the heart of the Collection. Yet some of the greatest achievements in nonstandard card making are represented as well. In fact, standard and nonstandard playing cards, sheets, blocks, and plates are present in approximately equal numbers. It is this alliance of strength and variety which gives the Cary Collection international importance, ranking with the collections of the United States Playing Card Company, the Bibliothéque Nationale, the Deutsches Spielkarten Museum, and the British Museum.