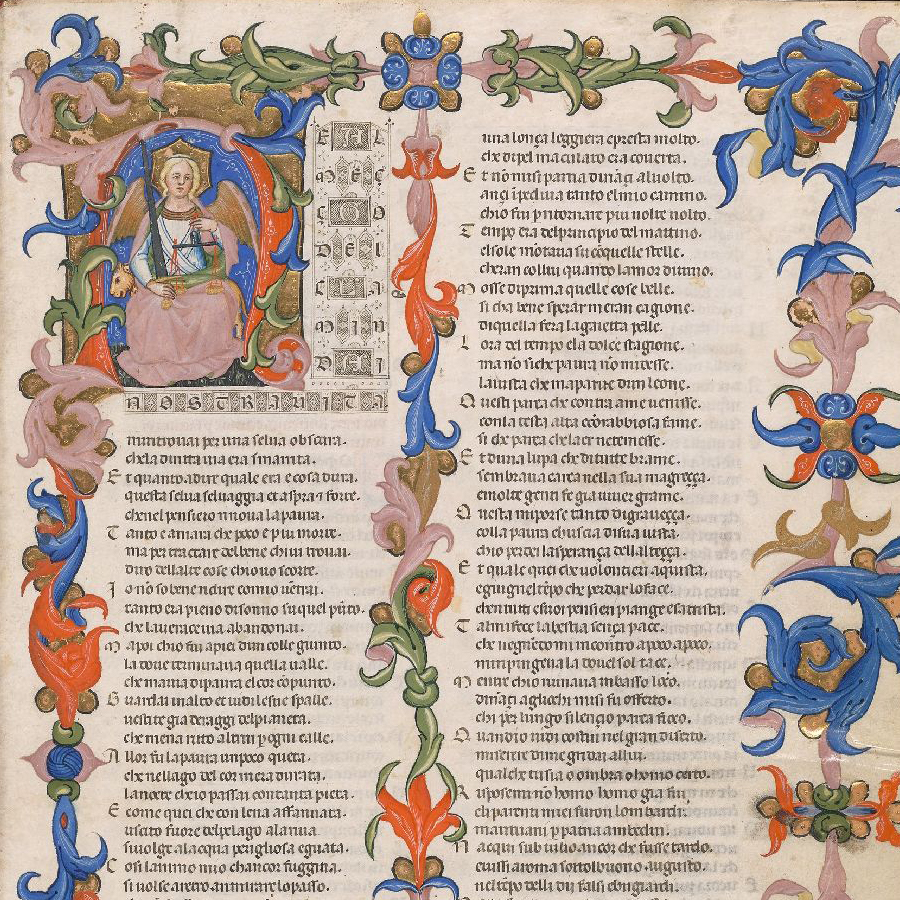 Divina Commedia, or Divine Comedy, is an Italian narrative poem written by Dante Alighieri. Dante Alighieri composed the poem between 1308 and 1320. The poem narrates Dante’s fictional travel through three realms—Inferno, Purgatorio, and Paradiso—guided by the Roman poet Virgil.

END_OF_DOCUMENT_TOKEN_TO_BE_REPLACED

The Beinecke’s version of the Divina Commedia was transcribed in the late 14th century by Dominican friar Fransiscus, with original arms likely belonging to the Bini family of Florence. It also, perhaps, lived in the collection of Ferdinand of Aragon, Duke of Calabria (1488-1550). The text was later bequeathed to the monastery San Miguel de los Reyes in Valencia, whose ownership is inscribed in the front cover.

Divina Commedia is one of the most influential texts of the Middle Ages and speaks to the world-view of the Western Church during the 14th century.