Family photographs, artifacts, and documents from the archive of the American literary critic and author. 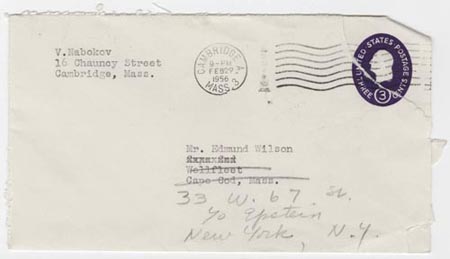 The Edmund Wilson Papers consist of correspondence, literary manuscripts, subject files, financial records, photographs, family documents, and other personal papers and artifacts documenting Wilson’s life and work.  Correspondence with literary colleagues and family, journals, and literary drafts and proofs comprise the bulk of the collection.  The papers span the years 1829-1986, encompassing early family documents through materials concerning posthumous publication of Wilson’s last books and his journals. Most materials date from the beginnings of Wilson’s literary career, circa 1920, through his death in 1972. Currently, only a portion of the Edmund Wilson Papers are available online.