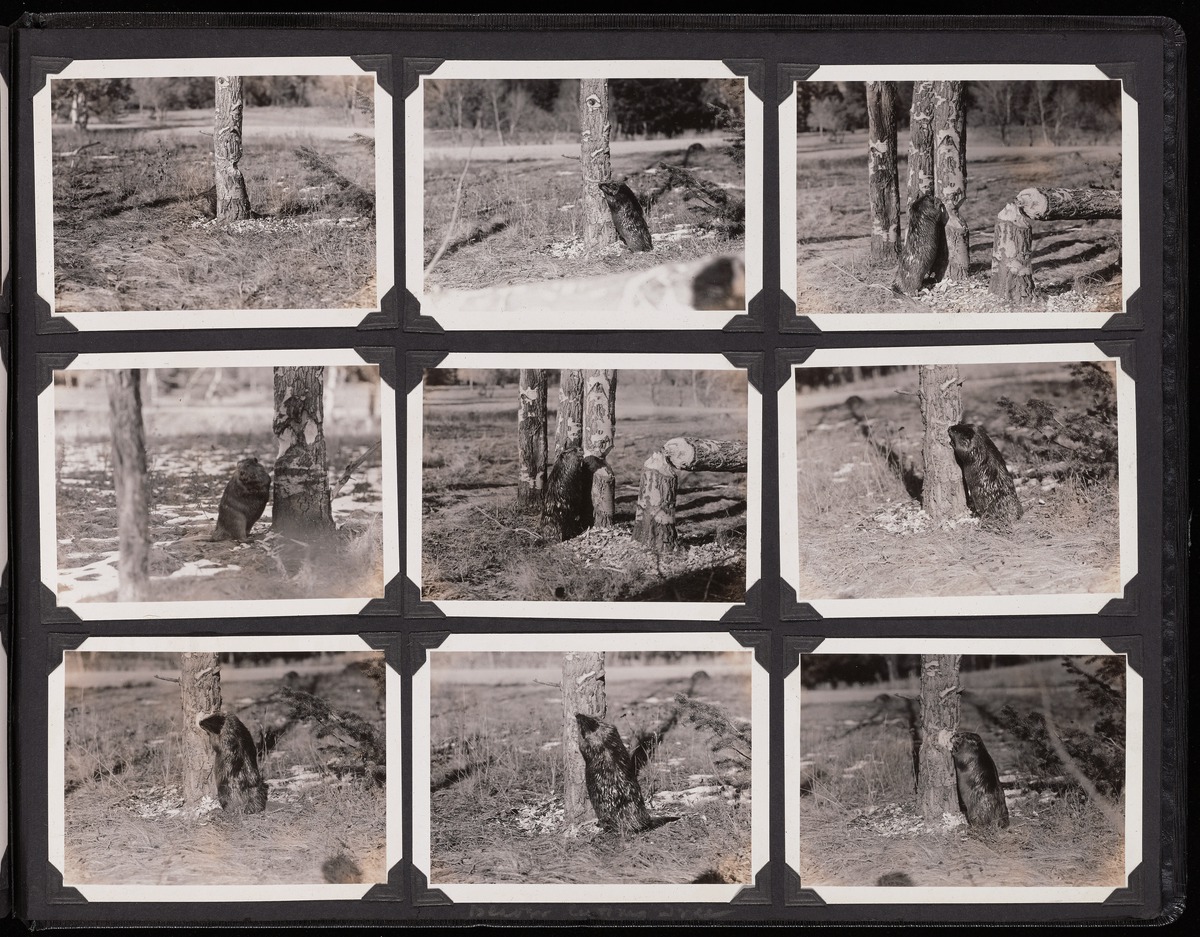 Frank Richard Oastler, Yale College Class of 1891, was a surgeon by profession and also an amateur photographer, scholar, and authority on wildlife conservation and its interpretation to the public. Upon graduating from Yale, Oastler attended Columbia University’s medical school, and graduated with the degree of M.D. in 1894. He became a surgeon specializing in gynecology, and was a professor of surgery at Columbia University from 1912 to 1932, when he retired. Known as an authority in his field, he was a member of many medical associations and head of the department of gynecology at Lenox Hill Hospital in New York until his death in 1936.

Dr. Oastler spent his summers exploring the mountains of the United States and Canadian West, traveling by pack train, photographing the landscapes, fauna, and flora he encountered. He brought home both still and motion pictures which he used in lectures to teach others about natural history and conservation. He was sought after as an authority on the American wilderness, is credited with being chiefly responsible for saving the trumpeter swan from extinction, and instituted the National Park Service’s public education program. He advocated nature walks, museums, and nature lectures. He served as a member of the Advisory Board of the National Park Service and was a leader in the movement to create the Isle Royale National Park in Michigan.

Description of the Papers

The Frank Richard Oastler Collection consists of photograph albums, lantern slides, movie film, and photographic negatives documenting his interest in wildlife and conservation, from 1908-1938. The Collection is comprised of three series: Photograph Albums, Lantern Slides, and Photographic Negatives, and is housed in 239 boxes. The collection does not include any significant collection of Oastler’s personal papers. There are a few letters preserved with the photograph albums, and a few instances of writings in them as well.

Home Movies of the American West

When the Oastler Papers were transferred from to Beinecke Rare Book and Manuscript Library in 1998, they included 204 black and white 16mm motion picture films documenting the Oastlers’ Western trips and visits to other national parks, accompanied by various descriptive notes. The films were badly deteriorated. Beinecke Library pursued extensive conservation of four of the films which have been digitized and made available through this site. The films record undated trips to Glacier National Park and to Yellowstone National Park, a trip down the Colorado River in 1925, and a trip to Alaska in 1927.

In May 2012, the 204 original Oastler films were permanently transferred to the Library of Congress, Motion Picture, Broadcasting and Recorded Sound Division, National Audio-Visual Conservation Center.