Manuscripts, correspondence, and photographs documenting the career of the essayist, novelist. 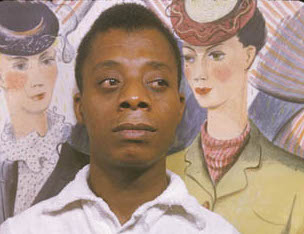 Writer James Baldwin (1924-1987) is counted among the most important and influential African American writers of the twentieth century. His novels and essays explore the complexities and consequences of racial strife in the United States. Famous for his astute observations of American culture and his incisive examination of the psychological effects of racism and segregation, Baldwin’s most celebrated works include: Go Tell It on the Mountain (1953),  Notes of a Native Son (1955), Giovanni’s Room (1956),  Another Country (1962), and The Fire Next Time  (1963).

The provenance of the James Baldwin Early Manuscripts and Papers collection is a matter of some intrigue. The donor, Bart Kaplan, acquired the papers through eminent domain, after his company took possession of a storage building in downtown Philadelphia, Pennsylvania, sometime in the early 1960s. The space in which they were stored had apparently once belonged to a publishing company which had left behind a suitcase containing these materials from James Baldwin. The relationship between Baldwin and the publishing company, as well as how a small parcel of his earliest literary effects was left with them, is uncertain. According to several sources, the materials in this archive were known to have been created by Baldwin, but were thought discarded or simply forgotten. In her introduction to New Essays on Go Tell It on the Mountain [Cambridge University Press, 1996], Trudier Harris indicates that, following Harper’s rejection of a draft section of “In My Father’s House” [alternately “Crying Holy”], Baldwin put the manuscript “in a ‘duffel bag’ ” and turned his attention to another project. Other circumstantial evidence - the dating of the first draft of “Crying Holy” to November 1941, while Baldwin was still in high school, and the length of the typescript version (57 pages — a few shy of the 60-page manuscript Richard Wright urged Baldwin to submit to Harper’s) — suggests that this recovered cache of material fills in the gap that bibliographers have noted.

Available online are early drafts of Go Tell It On the Mountain and selected correspondence. The drafts are drawn from the James Baldwin Early Manuscripts and Papers, a larger collection of material documenting a short period of Baldwin’s young adult life between 1941-1945, when Baldwin was just beginning his literary career. Currently, only a portion of these papers are available online.