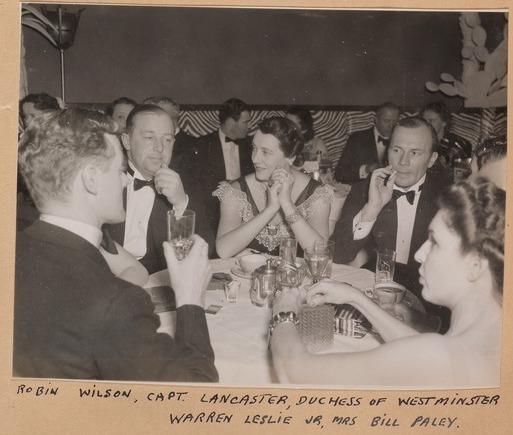 The collection documents Jerome Zerbe’s work as a photographer and chronicler of mid-twentieth century celebrities and society events. Photograph albums assembled by Zerbe span his time as a student at Yale in the 1920s, his brief time as an artist in Hollywood in the 1930s, and his long career as a society photographer and paparazzo, notably as the house photographer at the El Morocco nightclub in New York. The albums also document his naval service in the Pacific theater as Admiral Chester W. Nimitz’s personal photographer during the Second World War. In addition to albums, photographs include loose prints and film negatives, most black and white. Zerbe’s diaries include sometimes daily records of his work and social life, and span from his time at Yale to a few years before his death. Papers include subject files, often related to publishing projects, writings for Zerbe’s society columns, clippings, correspondence, passports, and materials relating to Zerbe’s home “Windsong” in Essex, Connecticut. Papers also include correspondence and other materials generated by Frederick R. Koch while he owned the collection from 1989 to 2013. Audiovisual materials consist of a recording of an interview with Zerbe.