The only surviving copy of an adventure story by J.M. Barrie, the creator of Peter Pan. 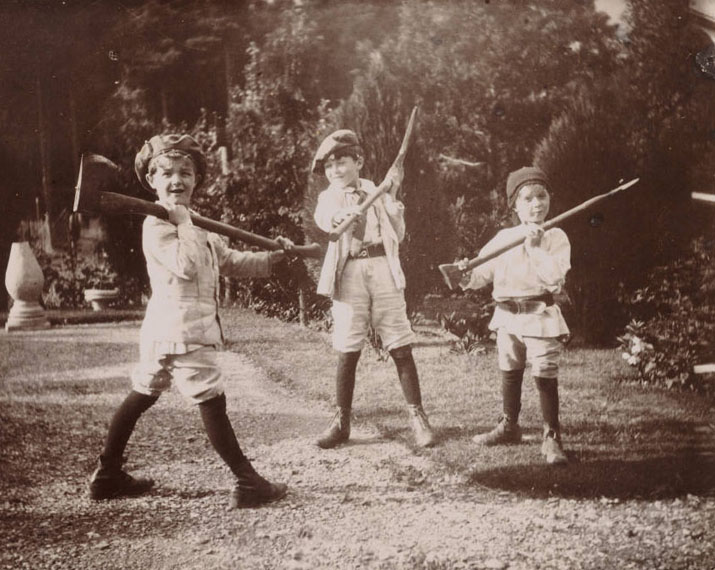 This novel, titled, The Boy Castaways of Black Lake Island, being a record of the terrible adventures of the brothers Davies in the Summer of 1901, faithfully set forth by Peter Llewelyn Davies, includes thirty-five mounted photographs with typeset captions and a preface by Peter. The photographs depict a swash-buckling tale of a pirate, tiger, crocodile, vultures, and the tropical island explorations of George, Jack, Peter, and Porthos, Barrie’s Newfoundland dog, standing in alternately as a pirate’s pet, a lion, and a devoted guard standing watch over the sleeping children.

Barrie published only two copies of the story. One copy, given to the boys’ parents, Arthur and Sylvia Llewelyn Davies, was misplaced on a train in 1901. The only other remaining copy is held at the Beinecke Library. An inscription on the Beinecke’s copy by Barrie discloses the fate of The Boy Castaways: “There was one other copy of this book only and it was lost in a railway train in 1901. J.M.B. 1933.”