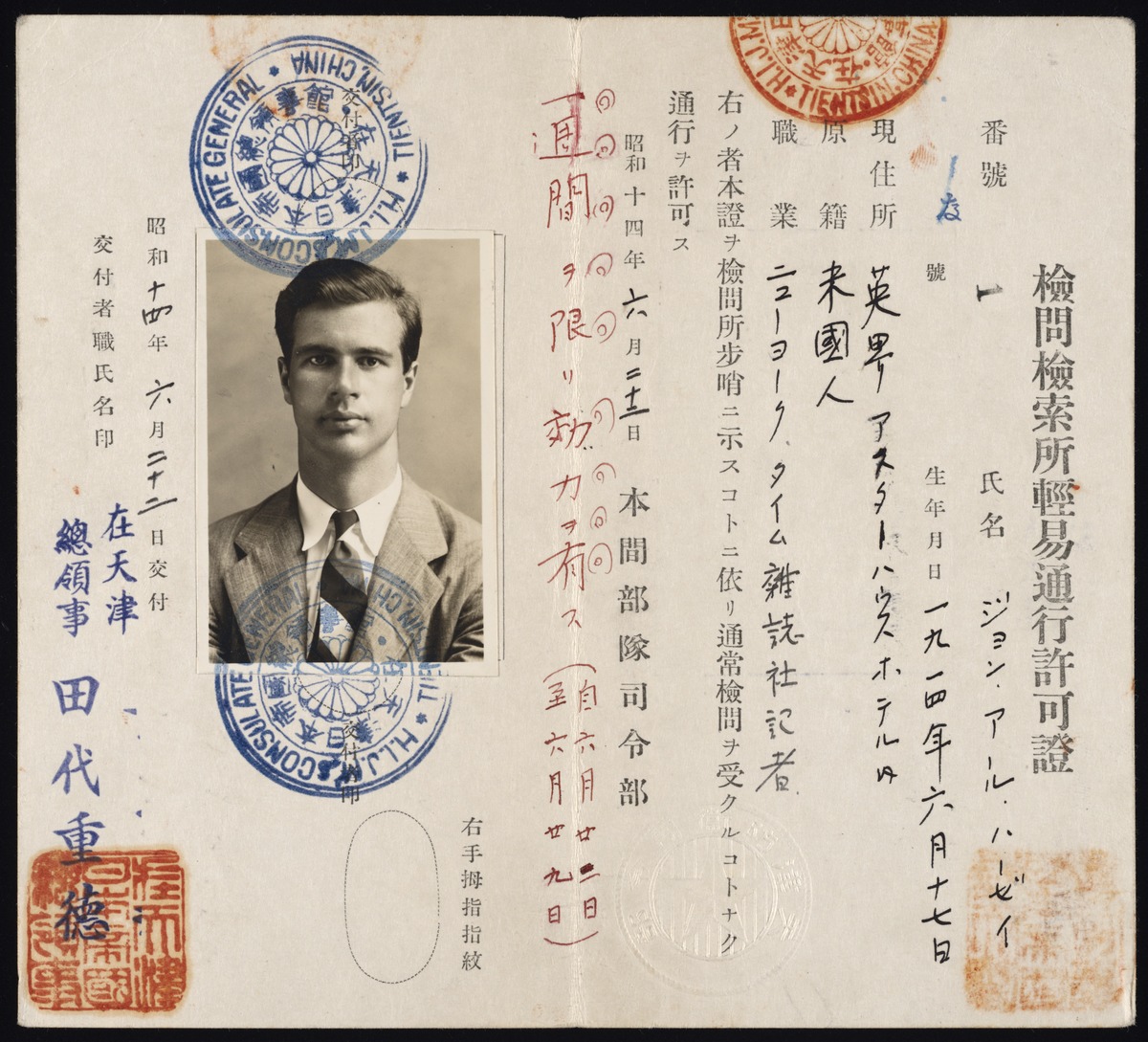 The John Hersey Papers contain writings, correspondence, printed and audiovisual materials, scrapbooks, and family and personal papers. The collection consists of ten small donations made by Hersey between 1944 and 1967 and an acquisition of a major part of his archive in 1992. The early gifts by Hersey contain drafts and proofs for multiple works dating from the early 1940s through mid 1960s, including the successful and popular A Bell for Adano (1944), Hiroshima (1946), and The Wall (1950).

The 1992 acquisition contains additional writings, as well as correspondence and clippings files relating to writings, correspondence, scrapbooks, audiovisual material, and personal papers. Correspondence includes large files for the publishers Alfred A. Knopf and Hamish Hamilton, the literary agent Otis and Williams, The New Yorker, and outgoing letters from Hersey to his mother. Writings include materials relating to Hersey’s first book, Men on Bataan (1942), and numerous later works, including White Lotus (1965), The Walnut Door (1977), The Call (1985), and Blues (1987).