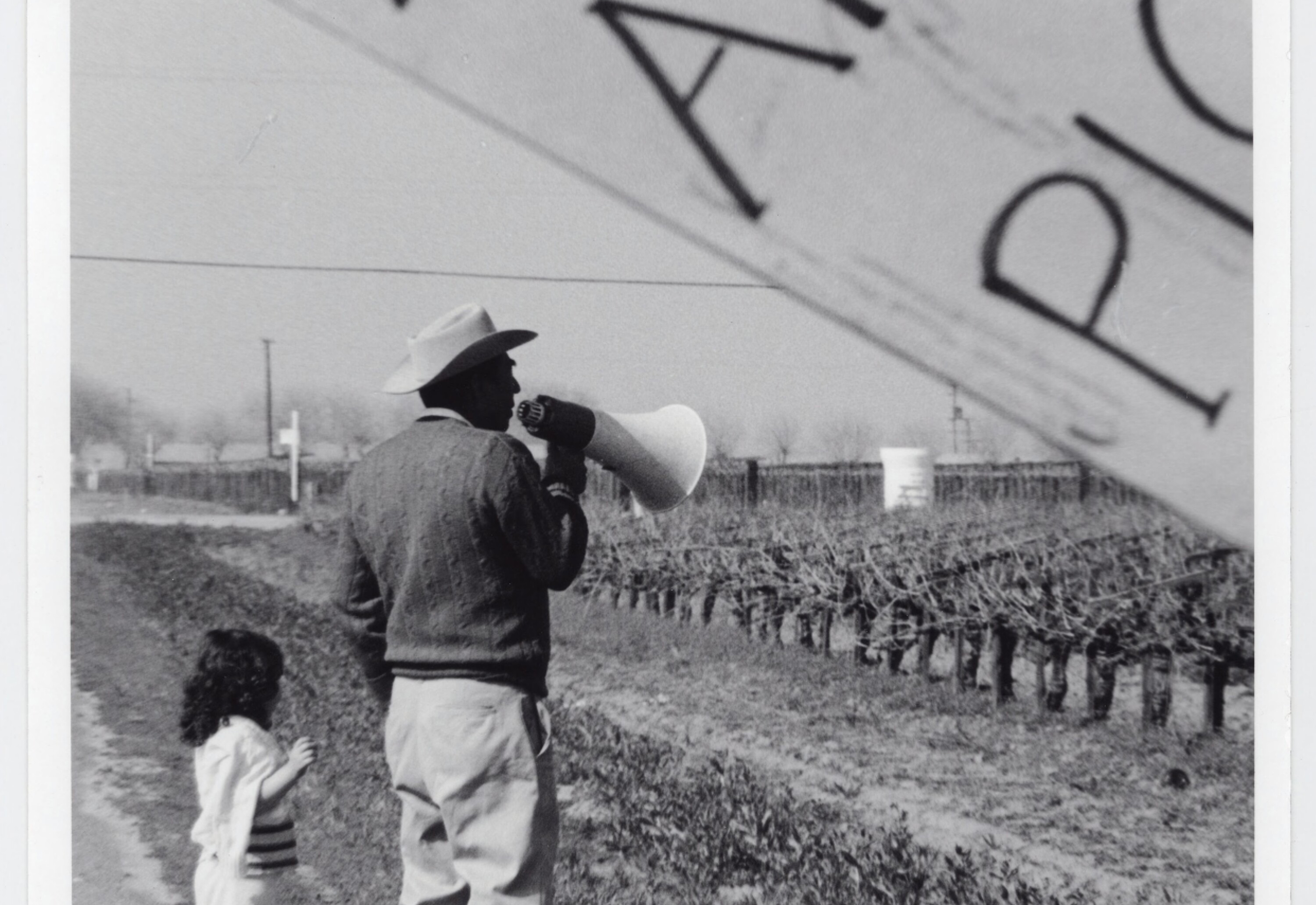 United Farm Workers of America and the California Grape Strike

The United Farm Workers of America (UFWA) is a labor union created from the merging of the Agricultural Workers Organizing Committee (AWOC) led by Larry Itliong (1913-1977), Philip Vera Cruz (1904-1994), and others, with the National Farm Workers Association (NFWA) led by César Chávez (1927-1993) and Dolores Huerta (born 1930).

On September 8, 1965, the AWOC and its primarily Filipino membership started a strike against grape growers in Delano, California. During the strike they demanded salaries equal to the federal minimum wage. The predominantly Mexican-American NFWA joined the strike soon after it began. During the California Grape Strike and related boycott of table grapes, the AWOC and NFWA recognized their common goals and methods. On August 22, 1966, the groups combined to form the United Farm Workers Organizing Committee and became a member of the American Federation of Labor and Congress of Industrial Organizations. The union eventually became the United Farm Workers of America. By 1970, the UFWA reached a collective bargaining agreement with the table-grape growers.

Gaylord Jon Lewis (1938-2009) was a photographer and printer in San Francisco, California. After service in the United States Marine Corps, Lewis earned a baccalaureate degree from San Jose State University. In 1966, Lewis joined the farm worker movement and documented the work and activities of César Chávez and the California Grape Strike. He later earned a graduate degree in photography at San Francisco State University.