Medieval and Renaissance Manuscripts at the Beinecke Library

Examples from the Library's Medieval and Renaissance collections documenting the history of human thought from the Byzantine era through 1600. 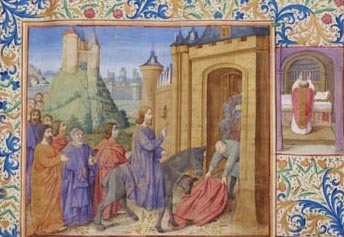 The Beinecke Library’s Medieval and Renaissance collections document the history of human thought from the Byzantine era through 1600.

The first medieval manuscript recorded in the Yale collection was acquired in 1714, and was the gift of Elihu Yale. An illustrated copy of the Speculum humanae salvationis, it attracted the special attention of Yale President Ezra Stiles, who read the manuscript and annotated it in the 1790s. The systematic collecting of medieval manuscripts at Yale, however, dates from the late nineteenth century, and the most active period for collecting was after 1930.

The manuscript collections have been described extensively in the Catalogue of Medieval and Renaissance Manuscripts in the Beinecke Rare Book and Manuscript Library, Yale University, volumes 1-3 of which were edited by Barbara Shailor, and volume 4 of which was edited by Robert Babcock, Lisa Davis, and Philip Rusche. The full-text of these catalogues can be searched in the Medieval & Renaissance Manuscripts Catalog. Commonly used abbreviations are available here (pdf, 5 p.) and the Introduction, by Barbara Shailor, can be downloaded here (pdf, 8 p.).

The Beinecke Library is actively scanning its medieval and Renaissance holdings. Images can be searched by way of the “Search within this collection” box on the upper-left corner of this page and through the Library’s Digital Images database.
Incunabula in Yale Library

In addition to its manuscript holdings, the Beinecke Library holds extensive collections of incunabula, or early printed books. Records for these can be found in Orbis, the Yale University Library’s online catalog. To browse Yale’s holdings of incunables, follow these directions on the Yale Library’s Help page.

A Book of Her Own: Based on a 2006 exhibition that explores books owned by women before the year 1700.

The Speculum Theologiae: A collaborative project created by Yale undergraduate students in the 2006 Medieval Studies seminar “The Medieval World of Umberto Eco’s Name of the Rose.”

The Medieval Manuscripts of Toshiyuki Takamiya