Items documenting the life of the musician Olga Rudge and her fifty-year relationship with the poet Ezra Pound. 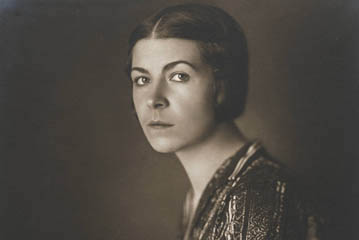 Olga Rudge was an American-born concert violinist who met the poet Ezra Pound in Paris at Natalie Barney’s salon in 1923. Although Pound was married to Dorothy Shakespear, he and Rudge began a relationship that summer which lasted until Pound’s death forty-nine years later. Their daughter Mary Rudge was born in Italy in 1925. While Rudge never abandoned her musical career, after 1930 she settled in San Ambrogio, close to the Pounds’ home in Rapallo, and maintained a home in Venice as well. She performed in a series of concerts sponsored by Pound in Rapallo, and the two promoted the music of Antonio Vivaldi with influential concerts and publications.

The papers were purchased in 1990 from Olga Rudge and the Ezra Pound Foundation.

The Olga Rudge Papers document the life and activities of the musician Olga Rudge and her fifty-year relationship with the poet Ezra Pound. The papers span the dates 1887-1989, but the bulk of the material covers the years 1923-80. In particular, the extensive correspondence between Rudge and Pound provides information on their personal relationship and professional activities, as well as their political and artistic views. The collection is also rich in items connected to Rudge’s musical career, including programs, reviews, publicity, and autograph and annotated scores. Currently, only a portion of the Olga Rudge Papers are available online.