A collection of tankas, which are Buddhist scrolls or fabric temple banners 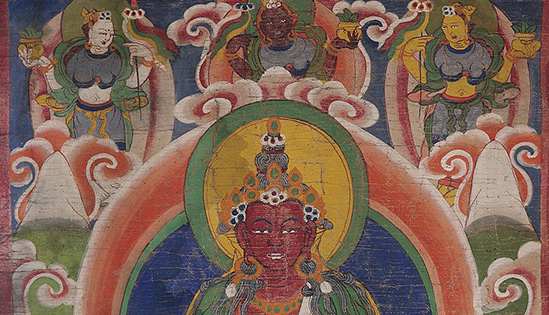 Tankas, also known as thangkas, are hanging scrolls or fabric temple banners that consist of a painted picture panels (called mélong in Tibetan, which means ‘mirror’), usually depicting buddhas, mandalas, or great practitioners, which are sewn into or bordered by a textile mountings. Tankas are intended to serve as records of, and guides for, contemplative experiences and visualizations.