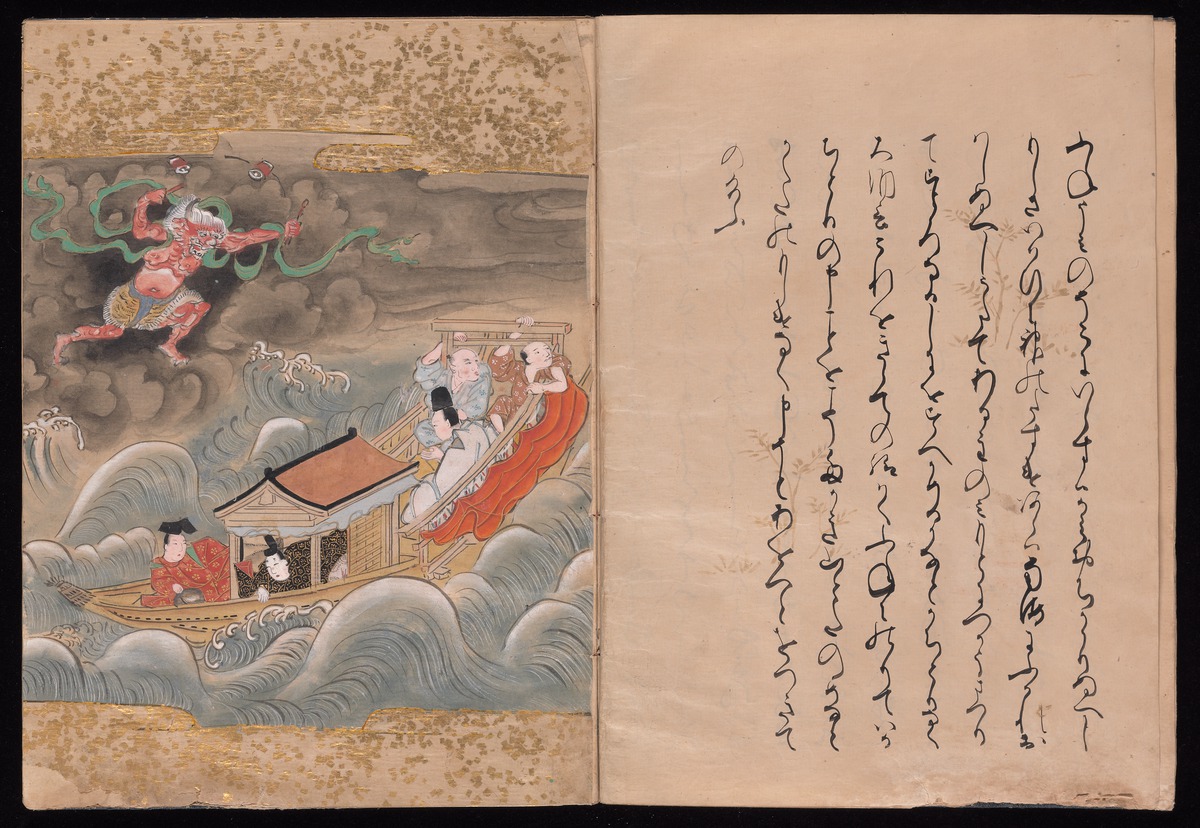 The idea for the Yale Association of Japan Collection 日本イエール協会コレクション arose from discussions in 1920 between Asakawa Kan’ichi  朝河貫一 (1873-1948), Yale historian and Curator of the Yale Library East Asian collections, and an elite group of Yale alumni who were members of the Yale Association of Japan (YAJ). A prominent historian at the University of Tokyo, Kuroita Katsumi  黒板勝美 (1874-1946), was chosen to assemble the collection, which was presented as a donation to Yale by the YAJ in 1934.  The texts were chosen to highlight the rich cultural history of East Asia and are from China, Korea, and Japan.

The Japanese portion of the collection is the largest, consisting of books (194 titles in 591 volumes), scrolls, manuscripts (117 in a variety of formats), documents, calligraphy, and artifacts.  Korea is represented by 44 works and China by 15.  Some of the highlights include:

The Japanese works in the YAJ were surveyed by scholars from the National Institute of Japanese literature in the 1990s.  The Korean materials were surveyed by the Korean National Institute for the Cultural Heritage (NRICH) in 2008 and were digitized for the National Library of Korea (2010-2011).  The Chinese works in the YAJ were cataloged by rare book expert Yang Guanghui (Fudan University Library).

The Japanese materials in the YAJ have been cataloged in Orbis and the records can be found with a search for “Yale Association of Japan Collection” in the “Special Collections Subject” field. To replicate this search in Orbis, click here. A small number of the Japanese works, primarily realia such as sutra rollers, calligraphy brushes, etc. are not cataloged online but are described in the printed catalogs cited below. Chinese rare books in the YAJ (works published prior to 1797) have been cataloged in Orbis.

The YAJ Collection has been extensively described, first in English language pamphlets that accompanied the donation (1, below) and then in a Japanese illustrated catalogue (2). Later, Asakawa prepared a detailed analytic bibliography (3). The full text is available here. The only complete list of titles in Japanese can be found in the National Institute of Japanese Literature 国文学研究資料館 bibliography (4). A complete bibliography of the Korean works is available in a volume from NRICH (5).

1) Catalogue of Books, Manuscripts and other Articles of Literary, Artistic and Historical Interest, Illustrative of the Culture and Civilization of Old Japan, presented to Yale University, U.S.A. by Yale Association of Japan, Tokyo. Tokyo: Taiheiyōsha, 1934.  [Click here for a catalog record.]

3) Asakawa, Kan’ichi. Gifts of the Yale Association.  New Haven, 1945.  A detailed analytic bibliography of the YAJ collection. [Click here for a catalog record and here for the full text.]

A related collection in the Beinecke is the Japanese Manuscript Collection, assembled by Asakawa in 1906-1907. East Asia Library Special Collections in Sterling Memorial Library also has holdings of East Asian rare books.