Papers, artifacts, and portraits of both Alexis de Tocqueville, the 19th century French political thinker and historian and Gustave de Beaumont, his friend and travel companion. 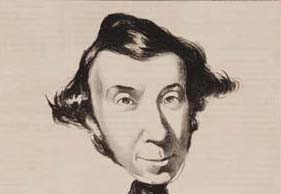 The Yale Tocqueville Manuscripts contains papers of both Alexis de Tocqueville, the nineteenth century French political thinker and historian and Gustave de Beaumont, his friend and travel companion. The papers include holograph manuscripts by Tocqueville (including the manuscript of Democracy in America), Beaumont, their families and associates, as well as holograph copies by contemporary and later copyists, and photoduplicated copies of originals held elsewhere. The collection includes correspondence and documents relating to Tocqueville’s and Beaumont’s visit to the United States, 1831-1832, and investigations of the American penitentiary system.

Some of the originals from which Yale copies were made have since disappeared, and of those some are known or believed to have been destroyed.

END_OF_DOCUMENT_TOKEN_TO_BE_REPLACED

Currently, only a portion of the Beinecke Library’s Tocqueville collections are available online.

Alexis de Tocqueville and the Challenge of Democracy