A Book of Her Own 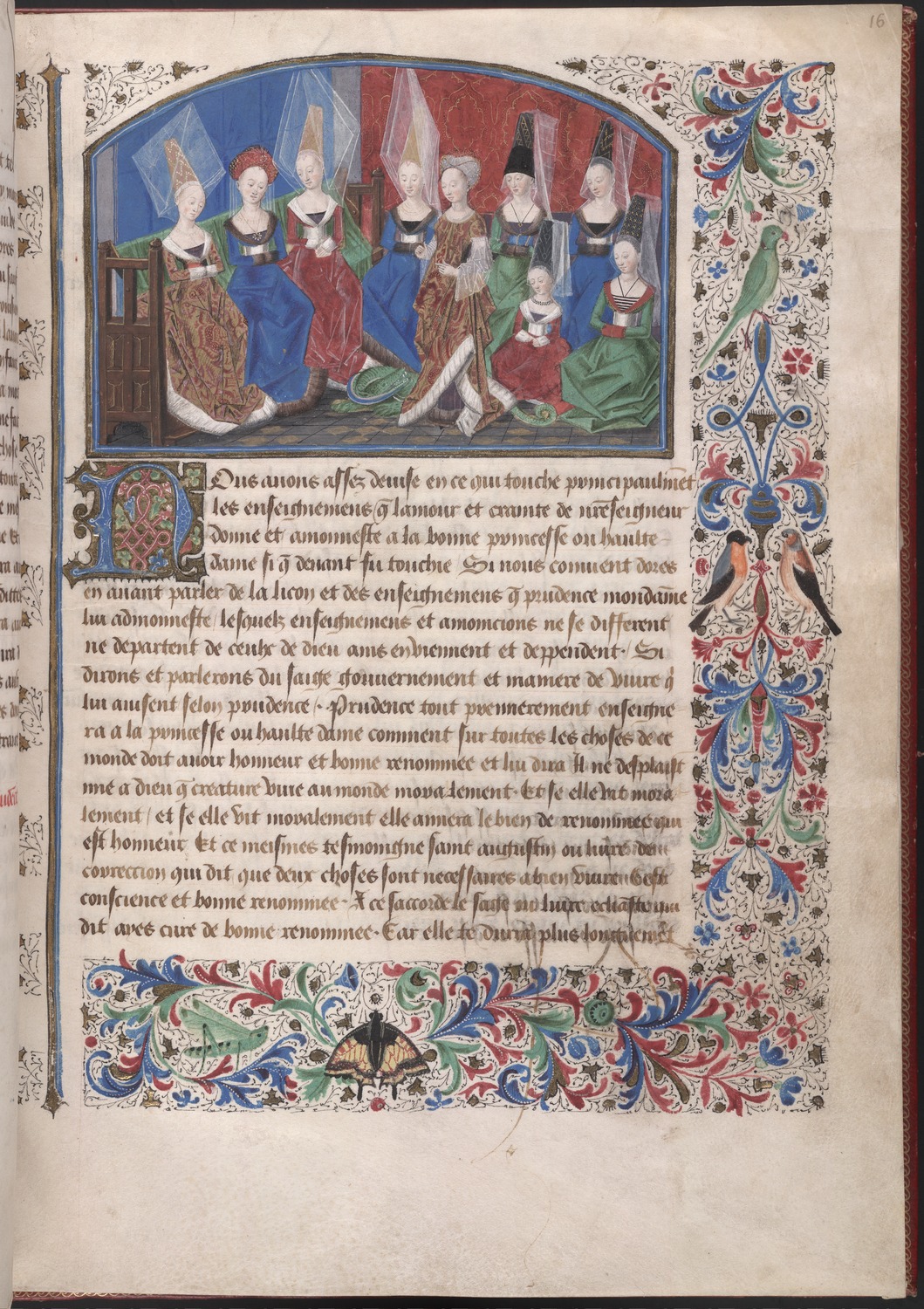 Books tell us many things beyond what their authors write in them. Single copies of books, for instance, often reveal their particular history­-who owned them, who read them, who gave them as gifts, how they changed hands over the years. The current Beinecke Library exhibition, A Book of Her Own, explores an unusual aspect of book history: all of the books in the display, based on various sorts of evidence contained in the books, were owned by women before the year 1700. The exhibition includes some of the Beinecke Library’s most richly illuminated medieval manuscripts, such as Christine de Pisan’s Livre des toirs virtues (France, 15th century), shown here.