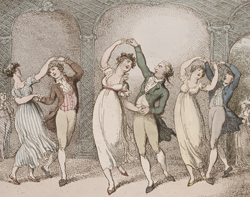 In 1837, Ernest Augustus, the Duke of Cumberland and fifth son of King George III, became Ernest Augustus, King of Hanover, Germany, moving to Hanover and taking with him part of the royal family’s household music library. In 2007, Beinecke Library acquired this collection, which is closely related to holdings from the same time period in the British Library’s Royal Music Library. The collection documents the musical life of a late eighteenth- and nineteenth-century household and court in Britain and Germany. It also shows a particular historical moment, in which ideas of monarchy were musically articulated within a royal household with its own unique perspective on what it meant to represent a nation. This exhibition examines ideas of patriotism, nationalism, and musicality within the Hanover royal music library.