The Postwar Avant-Garde and the Culture of Protest, 1945 to 1968 and Beyond 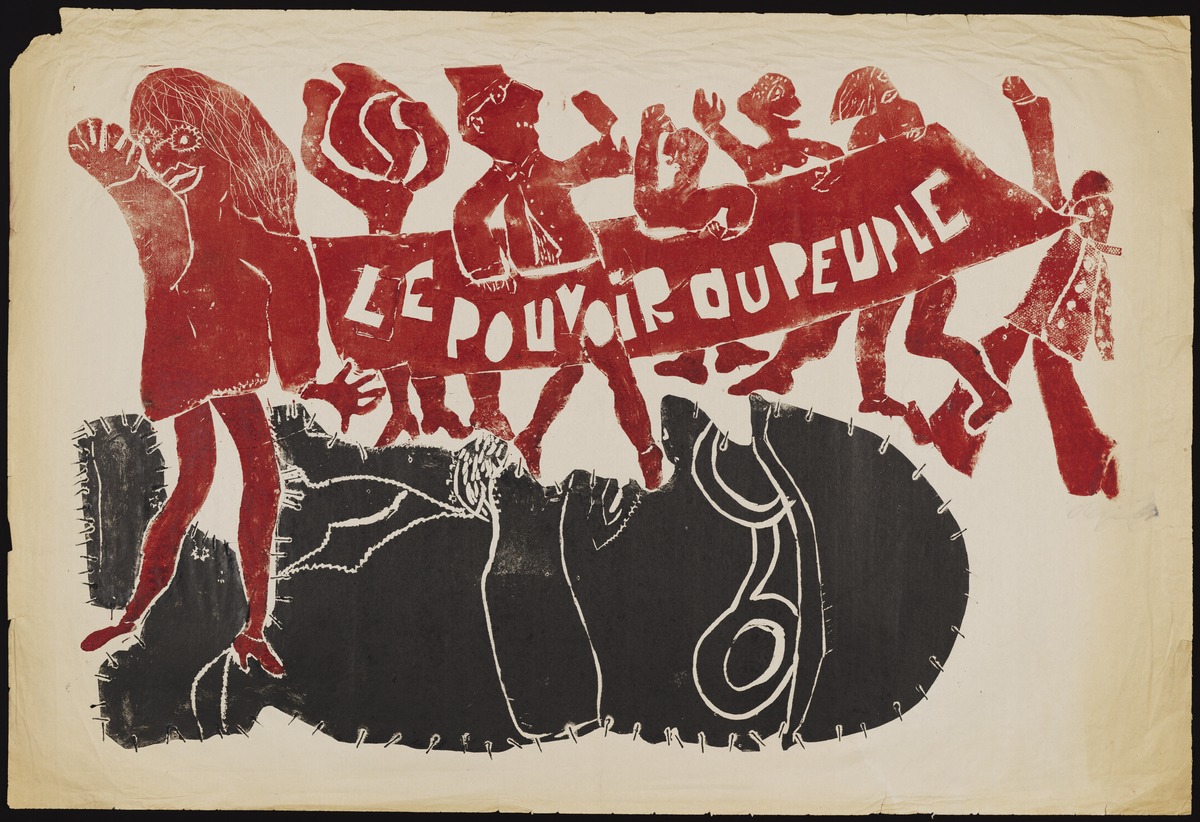 Art and protest went hand in hand before they fused in the worldwide cultural rebellions of 1968. In 1945, young artists and activists from across war-torn Europe began to form international networks. Though established traditions—from Futurism to Surrealism—seemed at first to show the way, by the early 1950s, some had already commandeered the weapons of the past: discarding, scavenging, highjacking from the rubble of modernism to fight new battles.

Emphasizing graphic components, the Beinecke exhibition traces the culture of protest as it emerged from interactions between art and revolution in postwar Europe under the rubrics of Art brut, Lettrism, Cobra, Arte Nucleare, the Imaginist Bauhaus, the Lettrist and Situationist Internationals, the Provos of Amsterdam, Gruppe Spur and Berlin’s Kommune I, the Situationist Bauhaus, and the Italian “Movimiento ’77.” Highlights include the original working manuscript of Guy Debord’s Society of the Spectacle and a gallery of fifty posters from the Paris uprising of May 1968. Special guests at the exhibition’s official opening on October 15 will be Alice Becker-Ho, a leading Situationist and the widow of Guy Debord; and Jacqueline de Jong, artist and editor of the Situationist Times.