Under the Covers: A Visual History of Decorated Endpapers 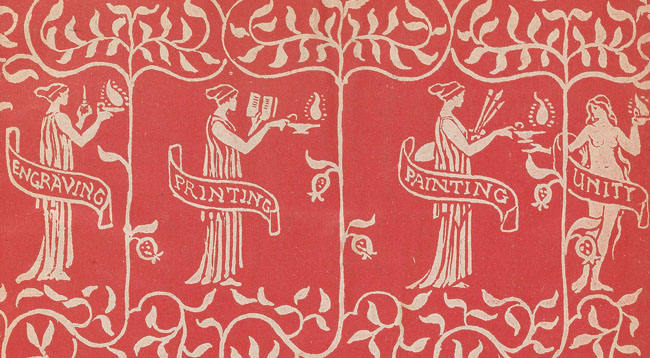 Endpapers, slipped discreetly between a book’s binding and text block, are easy to overlook. Endpapers developed from a practical need: to protect illuminations from the wear of hardwood boards that served for the covers of medieval books. Not much to look at, early endpapers were made from materials that binders had at hand, such as manuscript waste or blank sheets of parchment. Over time, binders and publishers began to experiment with these sheets, using marbled and decorated papers for artistic effect and later putting advertisements, elaborate designs, genealogies, and landscapes on endpapers. Some endpaper designs are integral to the narratives that they envelop, such as E. H. Shepard’s map of the “100 Aker Wood” featured on the endpapers of A. A. Milne’s 1926 Winnie-the-Pooh.

“Under the Covers” traces the development of endpapers from their utilitarian beginnings through the twenty-first century and showcases a striking variety of styles, from silken and marbled endpapers to Dutch gilt and “Images Populaires” designs. Don’t miss this chance to peep “Under the Covers” and be dazzled by the bibliographic delights!