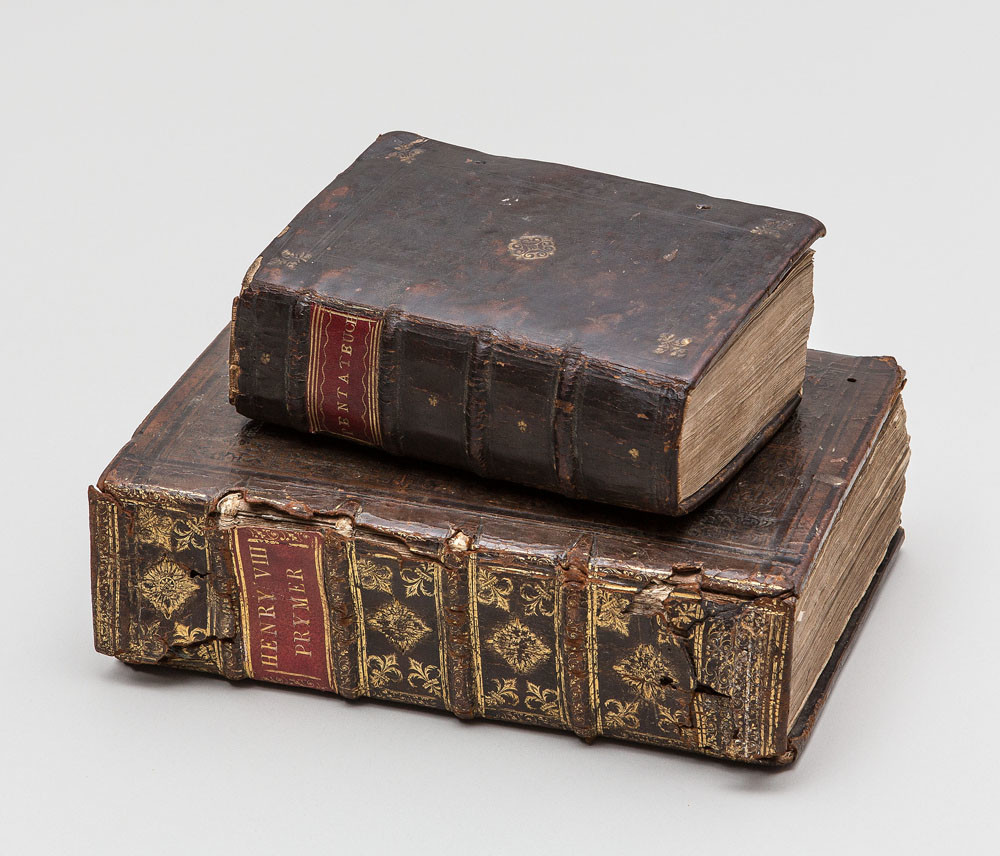 The Beinecke Rare Book & Manuscript Library at Yale University has acquired two “Tyndale Bibles” — the first printed English translations of biblical texts — which are among the most rare and influential works in the English language.

William Tyndale, an English scholar and a key figure in the Protestant Reformation, was the first to translate the Bible into English from the original Hebrew and Greek texts. His were the first English biblical translations to be published via the printing press. Later English versions of the Bible, including the King James Bible, drew heavily from Tyndale’s translations. In rendering the Greek and Hebrew scripture into English, Tyndale established the basis for early modern English, which William Shakespeare and others carried forward.

“The importance of Tyndale’s biblical translations cannot be overstated,” says Kathryn James, curator of early modern books and manuscripts at the Beinecke. “He is a crucial figure in the Protestant Reformation and in the development of the modern English language — imparting a sense of clarity and rhythm missing in Middle-English prose. We are excited to share his work with scholars, students, and the public.”

According to Bruce Gordon, the Titus Street Professor of Ecclesiastical History at Yale Divinity School, Tyndale’s goal was to provide common people access to the Bible, a conviction that put him sharply at odds with Henry VIII and the Pope.

Tyndale was arrested in 1535 in Antwerp and accused of heresy. He was executed in 1536 — first strangled and then burned at the stake. Thousands of Tyndale Bibles were burned in England during the reign of Queen Mary, although Tyndale’s influence endured.

Gordon says that up to 70 percent of the New Testament in the King James Bible is drawn directly from Tyndale’s work.

Four of the five books that comprise the Beinecke’s copy of the Pentateuch are Tyndale’s original translations, which he completed in 1530. Only the first book, Genesis, was revised, which is apparent through a variation in the type, says Gordon. Each book includes a prologue likely written by Tyndale. Tyndale only translated the Pentateuch, not the rest of the Old Testament. Miles Coverdale translated the remainder of the Old Testament into English.

The Beinecke’s copy of the New Testament was bound with a liturgical primer, or daily prayer book, from 1535. The primer’s first page features the royal coat of arms with the first initials of Henry VIII and Anne Boleyn. The New Testament contains some marginal annotations and prologues likely written by Tyndale.

The Beinecke Library purchased the Tyndale Bibles at auction. They are available to researchers in the library’s reading room.

The Beinecke Rare Book & Manuscript Library is one of the world’s largest libraries devoted entirely to rare books and manuscripts, and is Yale’s principal repository for literary archives, early manuscripts, and rare books. Researchers from around the world use the Beinecke’s extensive collections to create new scholarship.