New from the Beinecke Collections 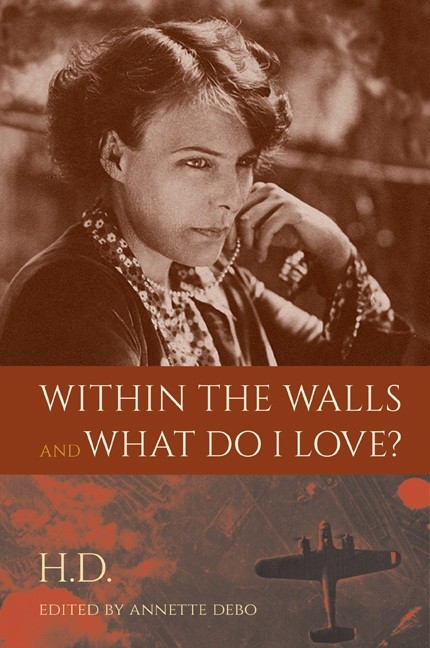 H.D., Within the Walls and What Do I Love?, edited by Annette Debo, University Press of Florida, 2014

A note from the editor about Within the Walls and What Do I Love?:
Within the Walls is a grouping of fourteen short stories, which H.D. wrote between the summer of 1940 and the spring of 1941. These short stories chronicle H.D.’s experiences during the Blitz, which she spent in London.  Her first-hand impressions describe a daughter driving a mobile canteen, the tens of thousands of civilian casualties in only 1941, the English response to reports of the concentration camps, the nightly Nazi bombing raids, the political climate and Russia’s participation, Virginia Woolf’s suicide and the role of the artist, and the hope that spring brings.  Within the Walls also pre-visions and illuminates H.D.’s most famous epic poem Trilogy, as well as The Gift. Within the Walls was published in a limited art edition of 300 copies in 1993 by Windhover Press and then went out of print.

What Do I Love? is a series of three long poems about World War II-“May 1943,” “R.A.F.,” and “Christmas 1944.” These poems address the deprivations caused by the war, the death of the ambulance driver Goldie, a wounded Royal Air Force pilot, and Christmas at the war’s end. In a letter to her close friend and literary executor Norman Holmes Pearson, H.D. wrote that while these poems did not fit in Trilogy, she was fond of them and thought they worked well as a group.

What Do I Love? was printed in 1950 by the printer of Life and Letters Today as a chapbook in a run of 50 copies, which H.D. sent to her friends for Christmas that year, and she hoped they would be published with Within the Walls. In H.D. by Delia Alton, she wrote, “We are Within the Walls, but only just. This is a series of sketches, written in situ as it were, 1940, 1941. I place ‘Before the Battle,’ the earliest sketch, dated summer 1940, at the end of Within the Walls, as the dream of the mother in the old grave-yard at Bethlehem not only pre-visions The Gift, the child memoirs, begun about this time, but also acts as an introduction to the selection of poems What Do I Love which it now seems to me should be included in this volume.”

To frame H.D.’s short stories and poems, I have written a 104-page historical and biographical introduction that presents H.D. as a person with her boots on the ground in war-torn London. Illustrated with war propaganda posters from London’s Imperial War Museum, it addresses Dunkirk and Prime Minister Winston Churchill, the Battle of Britain and the Blitz, realities of life in London, women’s war work, concentration camps and refugees, the role of art during wartime, the conscription of women, the Women’s Land Army, rationing, a Reading by Famous Poets, D-Day and doodle-bugs, and V-E Day and the coming of spring.

A recent H. D. Fellow at the Beinecke Library, Annette Debo is professor of English at Western Carolina University. She is the author of The American H.D. and the coeditor of Approaches to Teaching H.D.’s Poetry and Prose.