Road Show: An airplane is made for writers 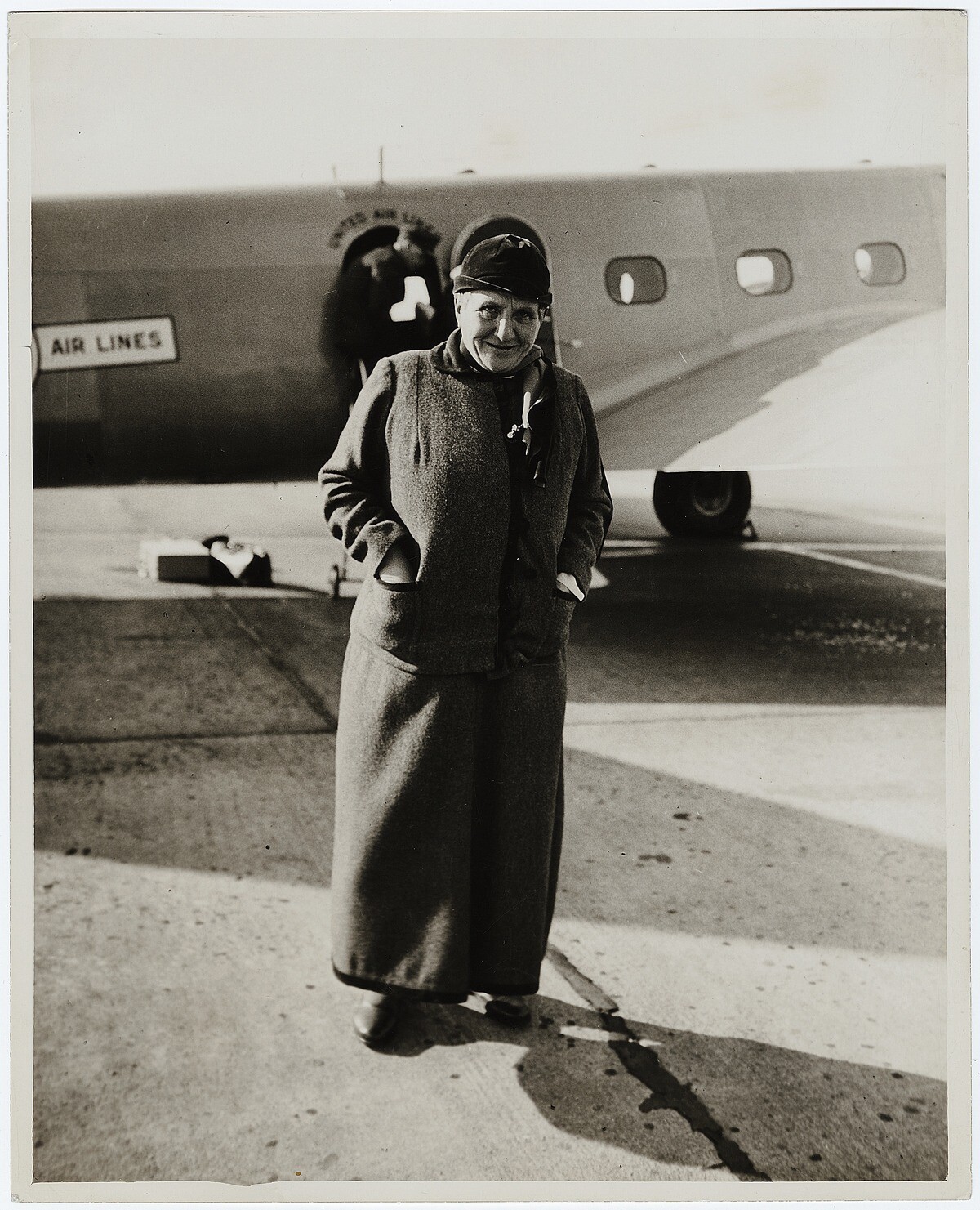 An airplane is made for writers: Gertrude Stein’s First Flight,  November 7, 1934
a vignette from the exhibition Road Show: Travel Papers in American Literature

American writer Gertrude Stein (1874-1946) had been living in France for three decades when she returned to her home country for the first time in 1934. As a result of the runaway success of her 1933 book, The Autobiography of Alice B. Toklas, American readers were fascinated by Stein; a lecture tour was planned for her triumphant return.  With her life partner and muse, Alice B. Toklas, Stein sailed to New York City, where her friend Carl Van Vechten arranged for her to speak at museums and universities. When Stein’s lectures received robust press coverage, she became a literary sensation; new dates were added to her tour in Chicago and later in California. Hosts in Chicago offered to pay for Stein and Toklas to fly from New York—commercial air travel was novel in the 1930s and neither had flown before. Traveling with Van Vechten they boarded the flight carrying beaded lucky charms he’d given them to ease the journey. Since the cabin was noisy, Stein, Toklas, and Van Vechten exchanged notes to communicate about their experience in the air. Writing on airline letterhead, postcards, and in the margins of flight maps, the friends enthused about the flight crew and about their first views from the airplane windows. The text of the many talks on her tour were published in Stein’s Lectures in American in 1935. 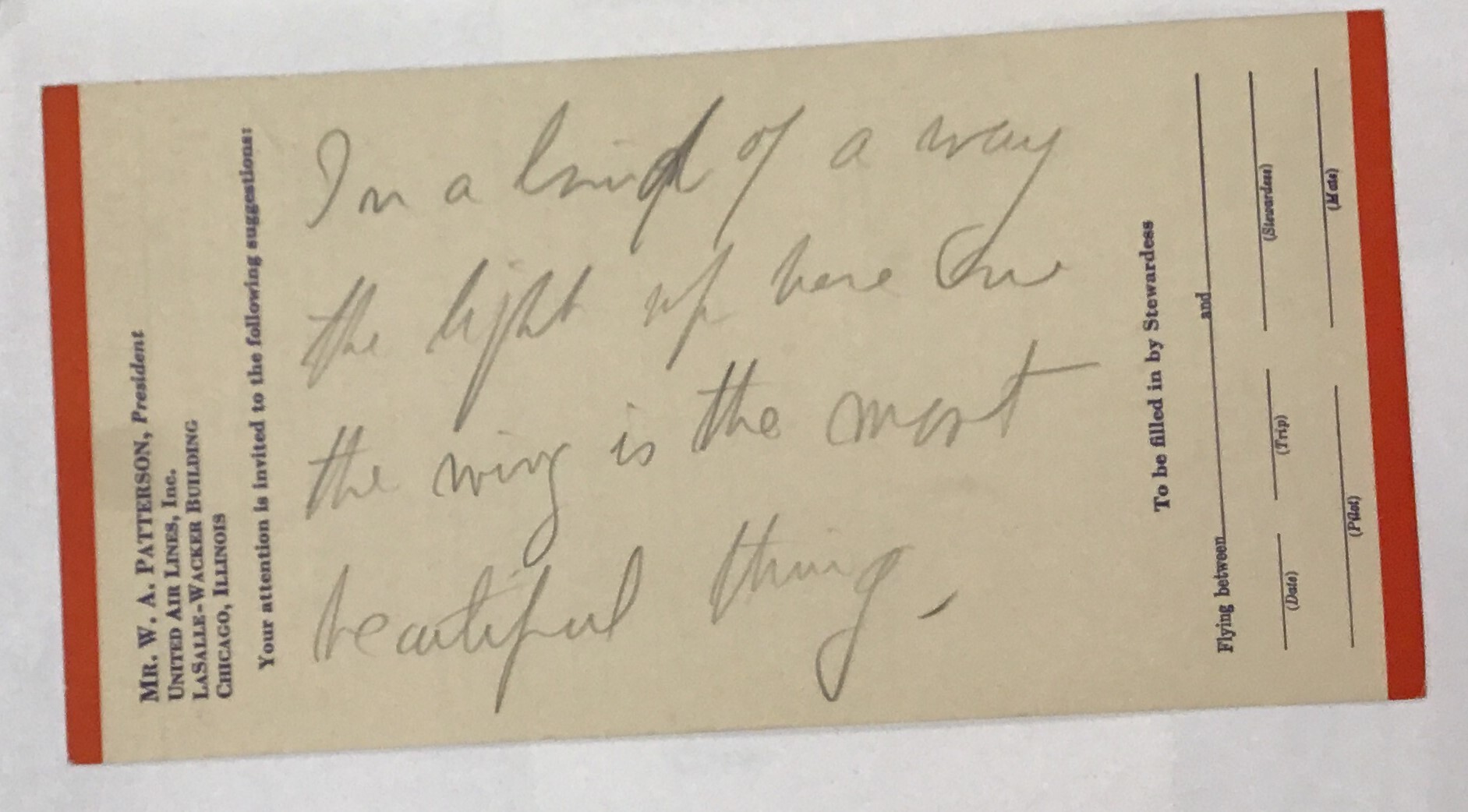 In a kind of a way

the light up here on

the wing is the most 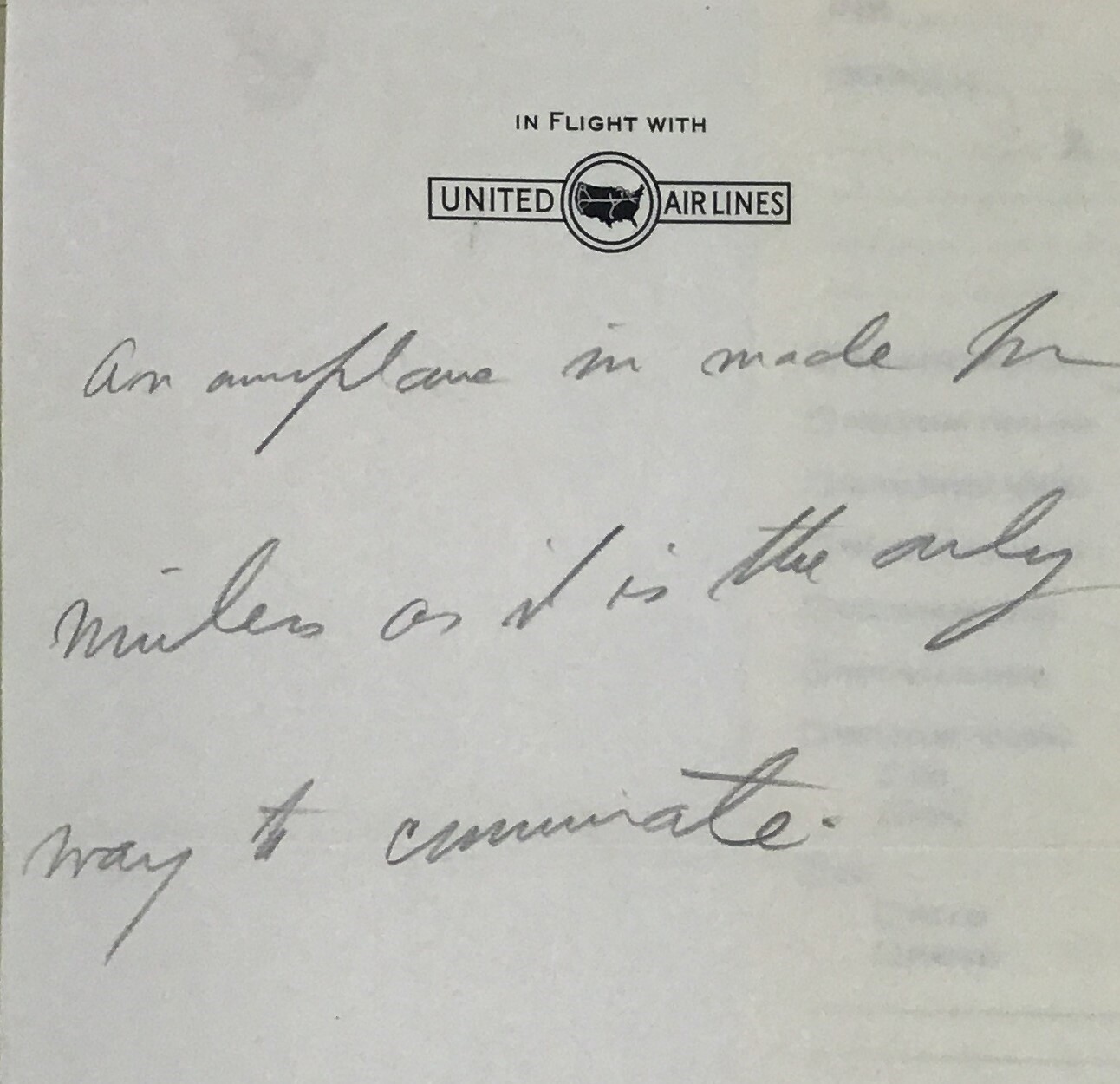 An airplane is made for

writers as it is the only 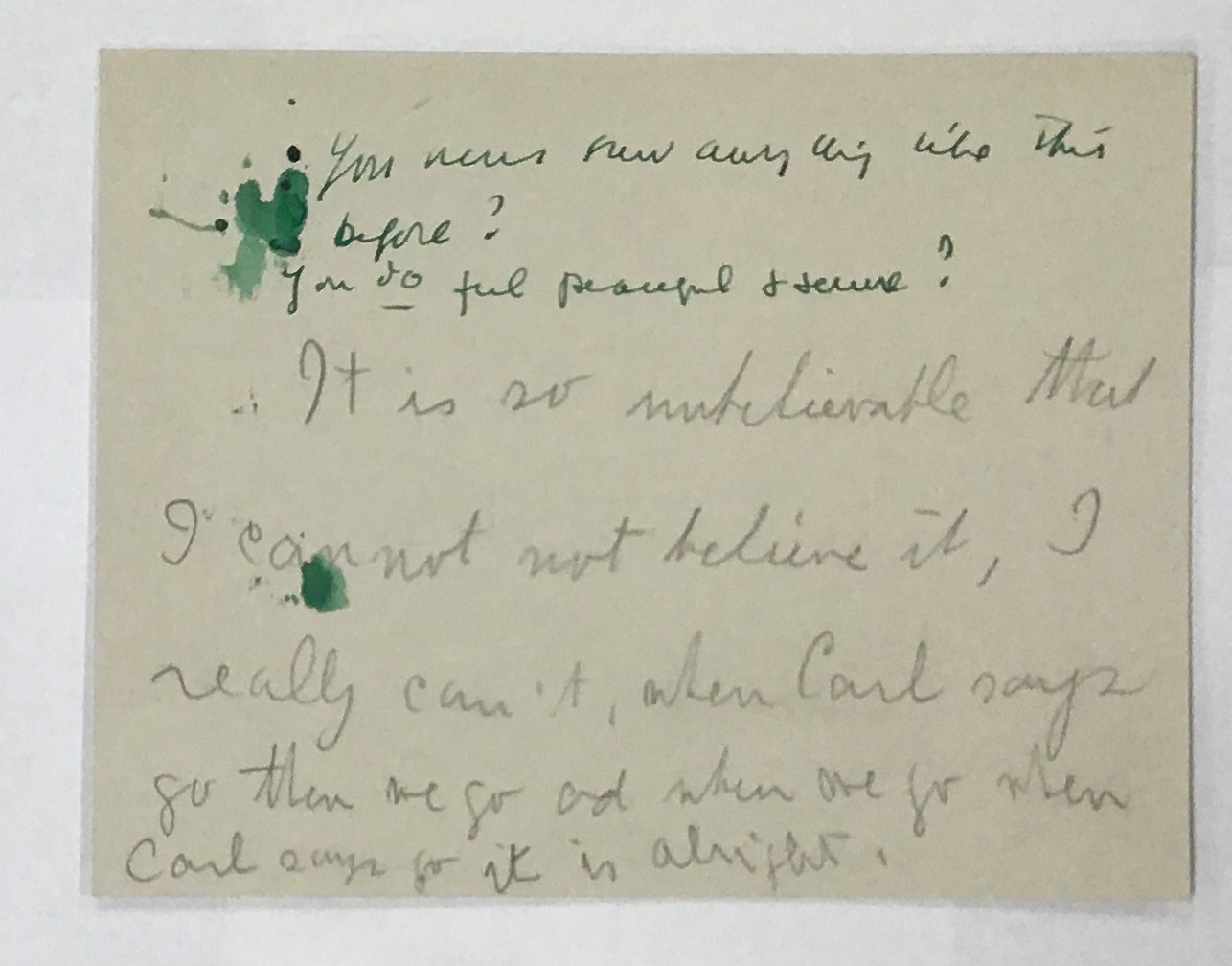 It is so unbelievable that

I cannot believe it, I

go then we go and when we go when

Carl says go it is alright. 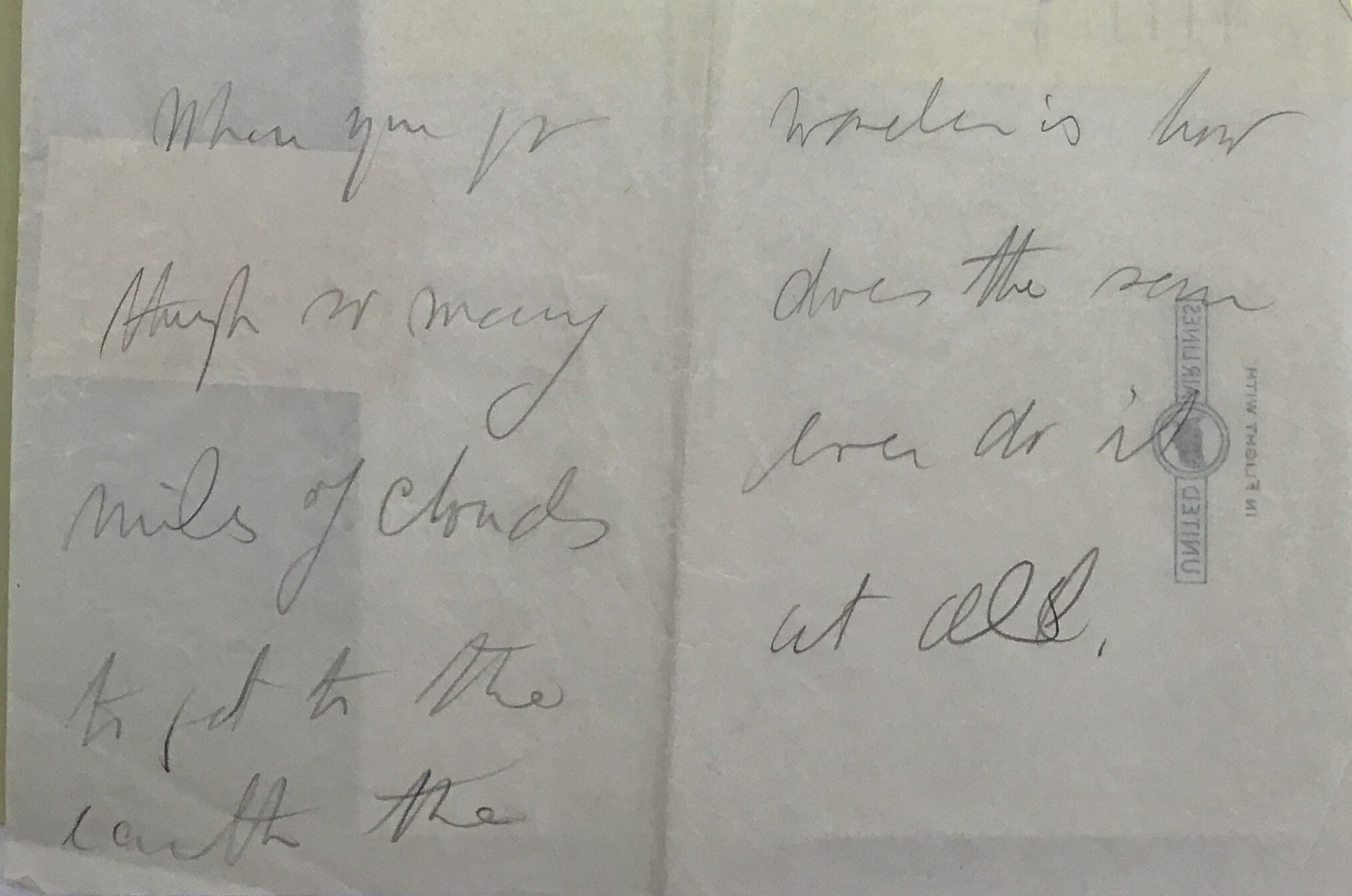 to get to the 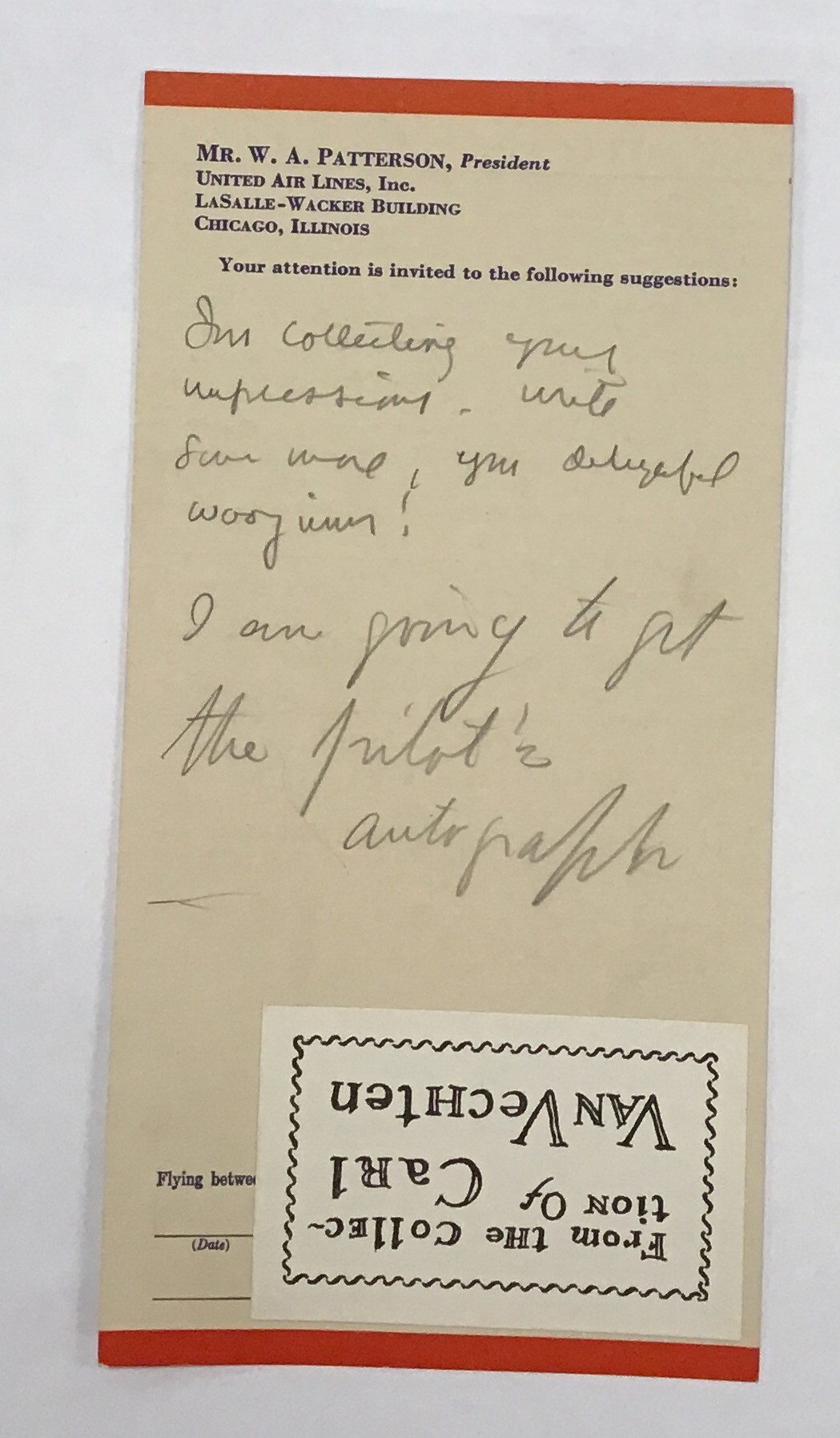 some more you delightful

I am going to get

Gertrude Stein and Alice B. Toklas Papers in the Beinecke Digital Library

Postcard and flight map in the Beinecke Digital Library