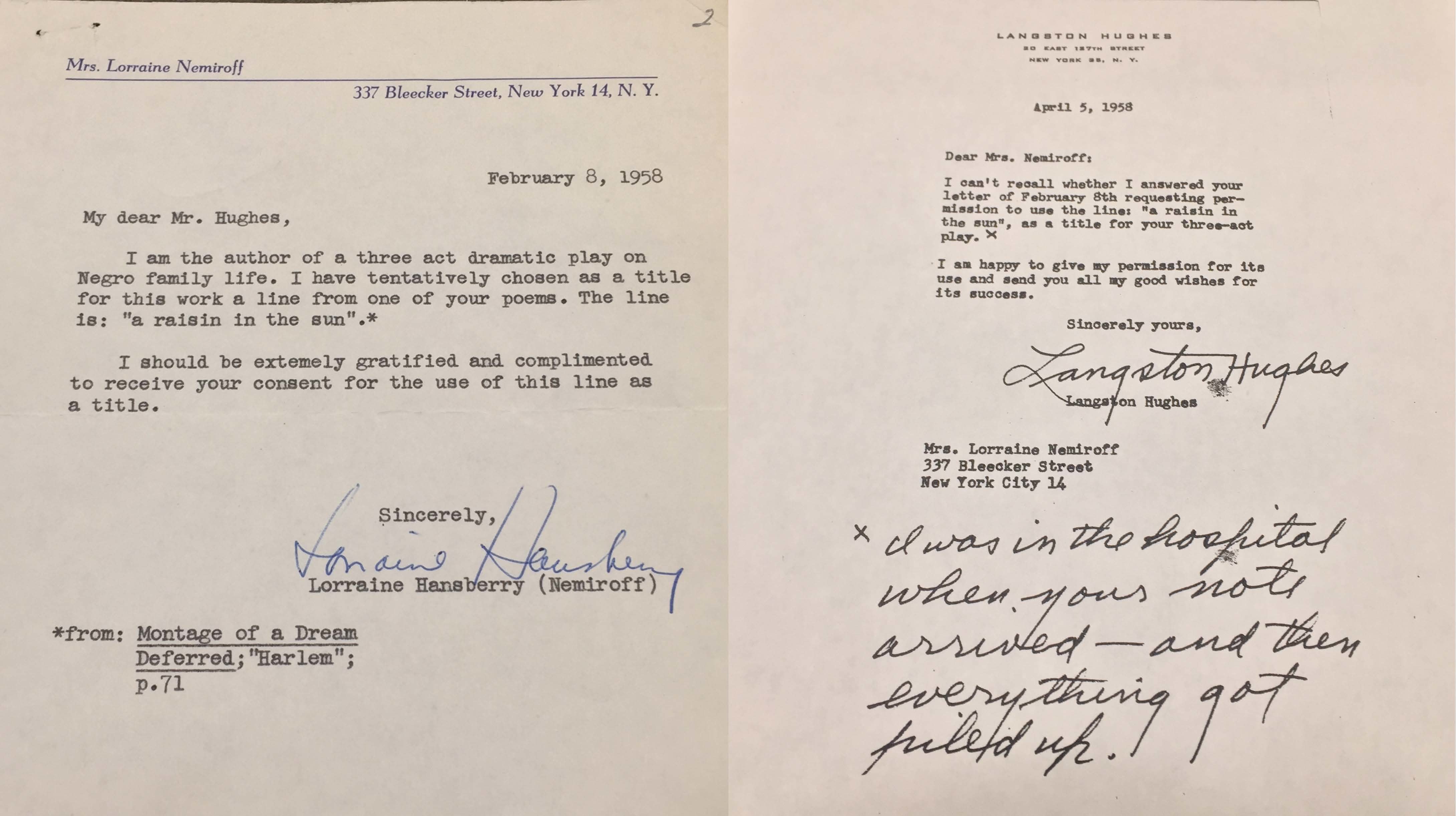 The Beinecke Library celebrates the 60th anniversary of Lorraine Hansberry’s monumental play A Raisin in the Sun with a temporary display of materials on the library mezzanine from Wednesday, March 6, through Sunday, March 17, 2019.

A Raisin in the Sun opened on Broadway at the Ethel Barrymore Theatre on March 11, 1959, after first appearing at New Haven’s own Shubert Theatre on College Street in a world premiere run from January 21-24, 1959.

An account of the strivings of the Chicago-based Younger family, the play won widespread acclaim for 28-year-old Hansberry, the first African American woman playwright to have a work produced on Broadway; its stellar cast, which included Sidney Poitier, Ruby Dee, Claudia McNeil, and Diana Sands; and director Lloyd Richards, the first African American to direct a play on Broadway. Richards would go on to become Dean of Yale School of Drama. A year later, in 1960, producer Philip Rose teamed with David Susskind, reuniting the four principals for an equally celebrated film version.

Sixty years later, A Raisin in the Sun has had two highly decorated Broadway revivals. The play has been performed in countless regional and amateur productions, and it is read every year in schools throughout the United States; it has inspired more than half-a-dozen adaptations and even parodies. Writing in the New York Times for the play’s 25th anniversary, Frank Rich asserted that Hansberry “changed American theater forever” with this remarkable play. Its tremendous influence shows no signs of flagging.

The Beinecke Library’s temporary display includes selected materials related to the 1959 production of A Raisin in the Sun, drawing from the Lloyd Richard Papers and the Philip Rose Papers, two key archives in the Yale Collection of American Literature (YCAL).

The temporary display also includes correspondence between Hansberry and Langston Hughes about the use of a line from his poetry for her play’s title, with materials drawn in part from the Langston Hughes Papers, an archive, like Richards, in the James Weldon Johnson Memorial Collection of African American Arts and Letters in YCAL.

The library’s public exhibition hall is free and open to all daily.