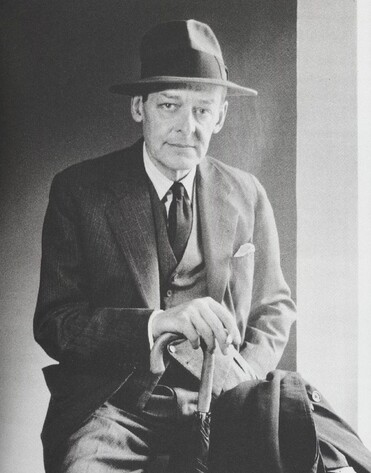 When its famous first line—“April is the cruellest month”—first appeared in print, T.S. Eliot’s The Waste Land swiftly captured the attention of the literary community. 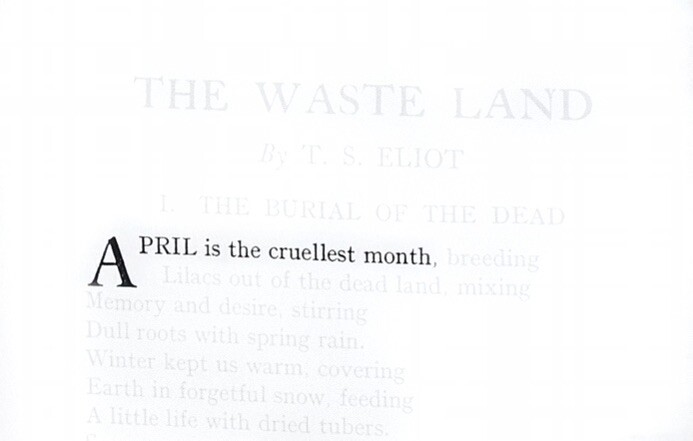 One hundred years ago, in October of 1922, Eliot’s landmark poem was first published in the inaugural edition of The Criterion, a British journal created and edited by Eliot himself. 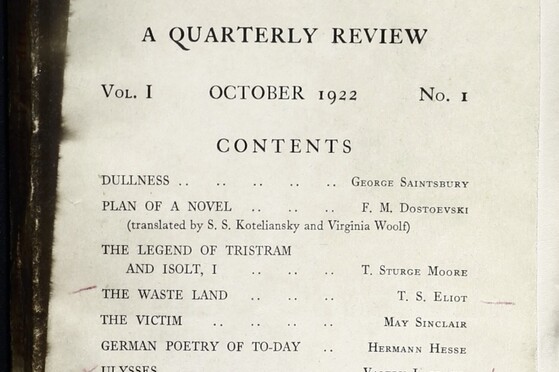 Clippings in the Beinecke’s collections reveal the almost-immediate impact of the poem. A December 1922 advertisement run by the influential modernist journal, The Dial, for the forthcoming book version of The Waste Land references the “extraordinary interest” the poem elicited in literary circles. A review in the New York Tribune from January 28, 1923 describes the “tide of merriment” that possessed literary circles after the poem’s publication. Although the author is skeptical of how “the poem has been swallowed hook, line, sinker and part of the pole,” and at the same time that he wonders whether the poem “is just another of the poems beyond the pale of our comprehension,” the article concludes, “We’re almost tempted to fall on our knees and call T.S. Eliot great.” Whether The Waste Land was loved or hated, revered or doubted, it was certainly noticed, and continues to be so today.

On the hundredth anniversary of The Waste Land’s first publication in The Criterion, we celebrate the moment at which the poem formally entered our literary landscape. However, we can also take the centennial as an opportunity to explore the context around this important moment. At the following pages, you can find three contextual stories in chronological order: three different avenues to explore The Waste Land’s history at the Beinecke.

Section I documents a famous dispute between Eliot, Ezra Pound, and Scofield Thayer that almost led to The Waste Land not being published in The Dial. After the poem’s publication, Section II traces its other major publication landmarks, from its appearance in The Dial to the Beinecke’s collection of first editions. Section III turns towards the critical and cultural reception of the poem, charting how The Waste Land has impacted the landscape of literature in the century since its initial publication. With a collection of letters, journals, notes, newspaper clippings, and first editions, the Beinecke’s archives offer a map with which to travel through Eliot’s Waste Land—and the ways in which the poem has affected the geography of the literary landscape more broadly.