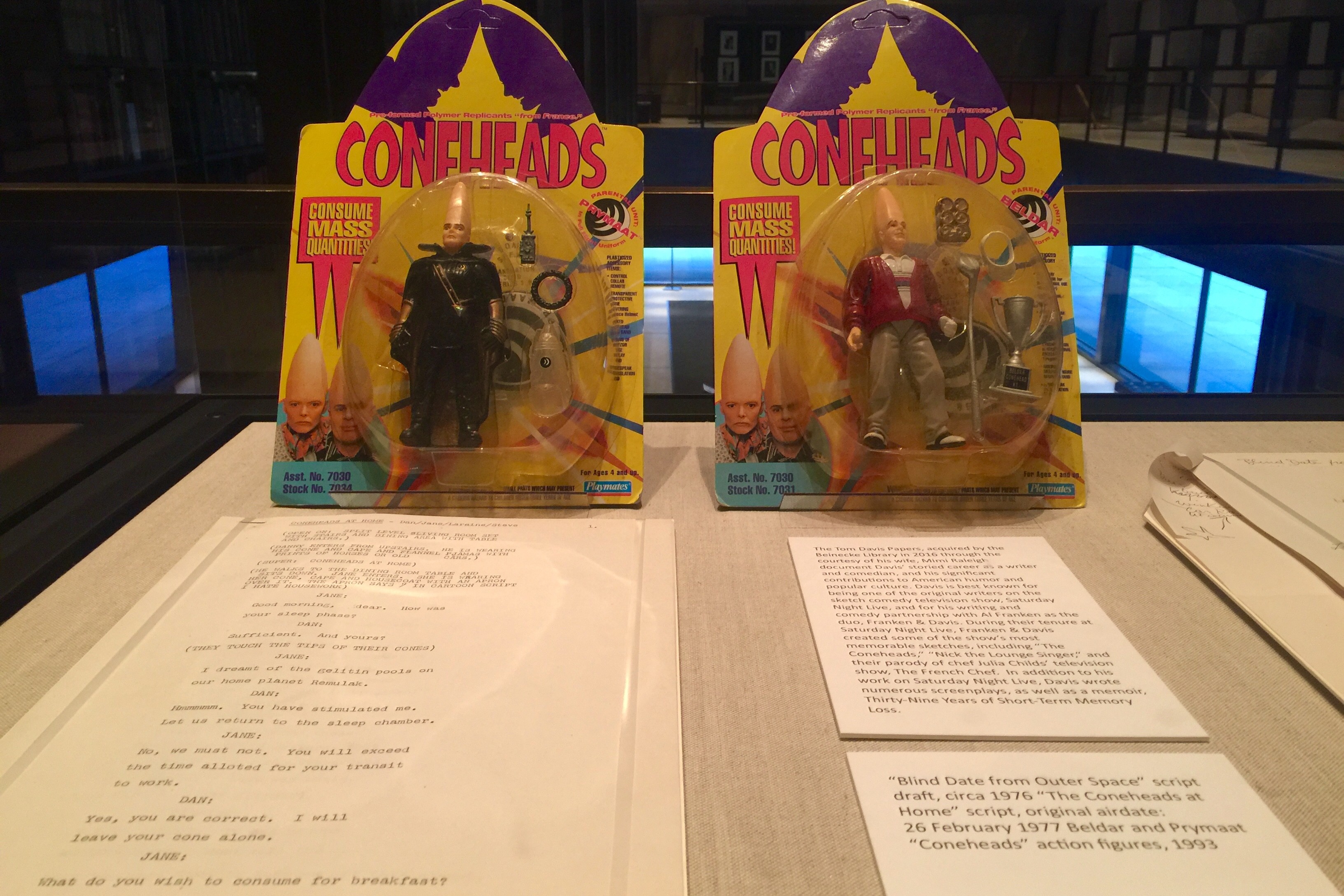 The Beinecke Rare Book & Manuscript Library recently opened the Tom Davis Papers to research. It is an archive that was “really fun” to prepare for future readers by Matthew Gorham, assistant head of the manuscript unit for processing at the library.

Davis was best known for being one-half of the comedy duo Franken & Davis, with comedian and writer Al Franken, and for their work as writers and performers on the television program, Saturday Night Live. Materials in the collection document Davis’ life and work, and include scripts, episode rundowns, and other materials related to Saturday Night Live; writings by Davis, including movie screenplays and drafts of his memoir, 39 Years of Short-Term Memory Loss; correspondence; photographs; clippings; audiovisual materials; and ephemera.

Davis worked for SNL from 1975 to 1980, and again from 1986 to 1994. During his tenure on the show, Davis created or co-created many notable sketches, including “Theodoric of Yorik, Medieval Barber,” “Nick the Lounge Singer,” “The Continental,” and “Coneheads.” In addition to his writing work for SNL, Davis wrote many screenplays for films, including the 1993 film, Coneheads. He also wrote several screenplays for films that were never produced, including an adaptation of the Kurt Vonnegut novel, The Sirens of Titan(co-written with Grateful Dead member, Jerry Garcia), and a third installment of the original Ghostbustersfilm series (co-written with Dan Aykroyd). In 2009, Davis published his memoir, Thirty-Nine Years of Short-Term Memory Loss, and in 2012 he co-authored the book Owsley and Me: My LSD Familywith Rhoney Gissen. The latter book chronicled the life of Grateful Dead sound engineer, Owsley “Bear” Stanley and his role in the 1960s counterculture in San Francisco, California.

“This collection adds to the Beinecke Library’s robust and growing holdings in American humor, film and television, and popular culture,” said Timothy Young, the library’s curator of modern books and manuscripts, who led the acquisition of the papers for the Beinecke Library. “We are thrilled to have this important archive here for scholars and students to explore. The Davis Papers live here along with archives of other notable American creatives who have made a mark in our culture with comedy, humor, and social satire, such as Samuel Clemens, Peter Newell, Helen E. Hokinson, James Reid Parker, Robert Osborn, Saul Steinberg, David Rakoff, Garry Trudeau, and David Sedaris.”

The Beinecke Library marked the opening of the papers to research at a special gallery talk and tea on Monday, April 29. Raleigh and other family members joined with library staff and members of the public to celebrate the collection.

Researchers can learn more about the contents of the Tom Davis Papers from the fiding aid online at Archives at Yale.

“We are grateful to Jennifer Garcia, Matthew Gorham, Mike Rush, and all of our colleagues at the Beinecke Library who processed, described, and housed the collection and published the finding aid,” Young said. “Their excellent effort ensures that Davis’ work is available now and for future generations. We’ve had real fun working on the Tom Davis Papers and anticipate that countless scholars will have much serious fun with these papers for a very long time.” 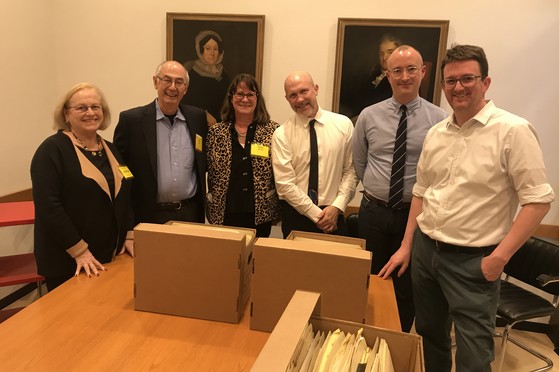