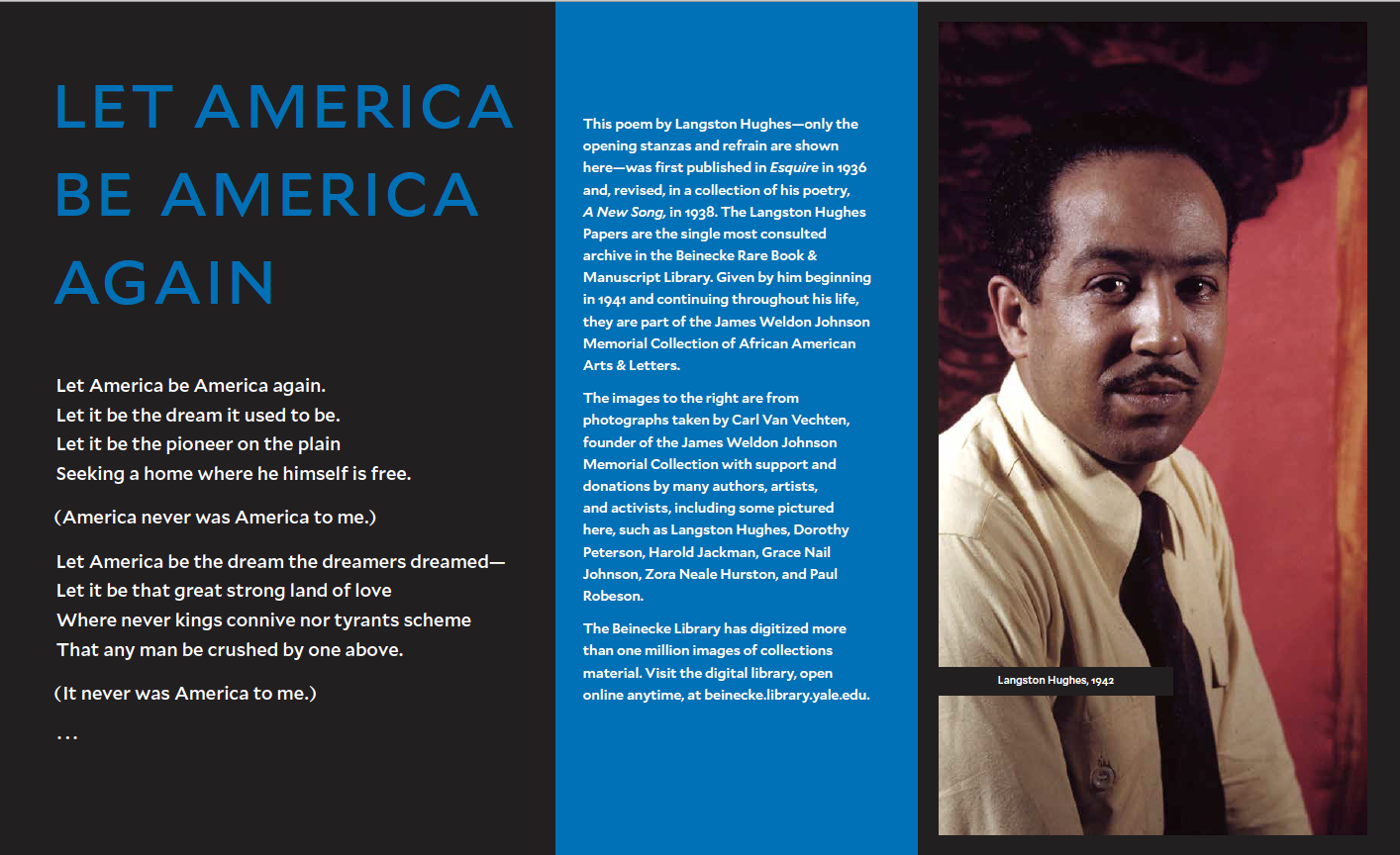 Though the Beinecke Rare Book and Manuscript Library building remains closed to the public until further notice, the digital library remains open to all online … and the building’s ground floor windows are a platform for sharing images from the collections, with a display celebrating the James Weldon Johnson Memorial Collection of African American Arts and Letters installed on the exterior glass.

On the building’s east side, facing Hewitt Quadrangle, the new exhibition begins with text from the opening lines of Langston Hughes’s poem, “Let America Be America Again.” The poem by Langston Hughes was first published in Esquire in 1936 and, revised, in a collection of his poetry, A New Song, in 1938. The Langston Hughes Papers are the single most consulted archive in the Beinecke Library. Given by him beginning in 1941 and continuing throughout his life, they are part of the James Weldon Johnson Memorial Collection.

END_OF_DOCUMENT_TOKEN_TO_BE_REPLACED

To the right of that text are a series of images from color photographs taken by Carl Van Vechten. He was the founder of the James Weldon Johnson Memorial Collection with support and donations by many authors, artists, and activists, including some pictured on the windows, such as Hughes, Dorothy Peterson, Harold Jackman, Grace Nail Johnson, Zora Neale Hurston, W. E. B. Du Bois, and Paul Robeson. Other images show writers represented in Beinecke Library archival collections, including James Baldwin, Margaret Bonds, Countee Cullen, and Richard Wright, and other great civic and cultural leaders such as Marian Anderson, Mary McLeod Bethune, and Ella Fitzgerald. 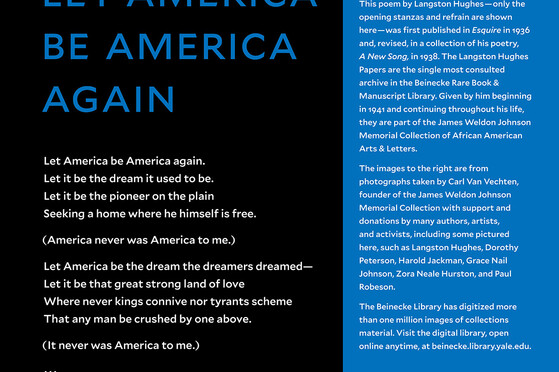 The 14 photographs shown in the display are among the hundreds of Van Vechten photographs visible to all in the Beinecke Library digital collections – and among the tens of thousands of images from the overall James Weldon Johnson Memorial Collection of African American Arts and Letters and the more than one million total images of material across Beinecke Library collections.

END_OF_DOCUMENT_TOKEN_TO_BE_REPLACED

The display was organized in fall 2020 by Beinecke Library staff and designed by the Office of the University Printer. It will be on display until further notice.

END_OF_DOCUMENT_TOKEN_TO_BE_REPLACED

On the north side of the building, toward Grove Street, the library has installed a dsiplay, “We hold these truths … ” that feature images related to Declaration of Independence, Frederick Douglass’s 1852 Oration (“What to the Slave is the Fourth of July”), and the Woman’s Right Convention of 1848.

END_OF_DOCUMENT_TOKEN_TO_BE_REPLACED 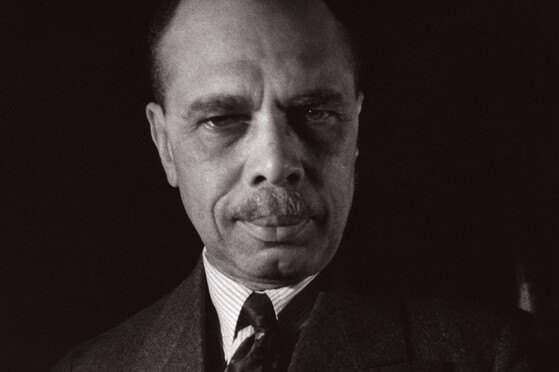